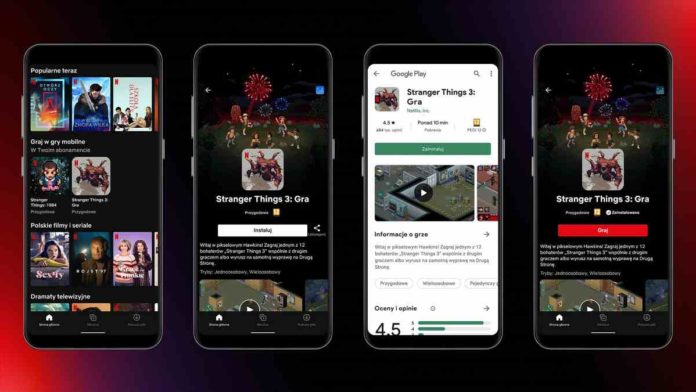 In July, Netflix had confirmed that it is planning to expand its service by venturing into the gaming space. The popular streaming giant on Thursday launched two Stranger Things mobile games exclusively for subscribers with an Android device, starting in Poland.

The two games released are Stranger Things: 1984 and Stranger Things 3, which will be will be offered as a part of your Netflix subscription. In other words, the streaming service won’t charge an additional fee to access these new games. Also, users can expect no ads or in-app purchases while trying out these games.

For those unaware, Stranger Things: 1984 is a retro-themed action-adventure game set in the 1980s in the fictional town of Hawkins, Indiana. Meanwhile, Stranger Things 3: The Game is an official companion game to Season 3 of the hit original series.

“Let’s talk about Netflix games. Starting today, users in Poland can try out two Android mobile games: Stranger Things 1984 and Stranger Things 3. We are at an early stage and we still have a lot of work to do in the coming months, but this is our first step,” revealed Netflix via its (@NetflixGeeked) platform.

Today members in Poland can try Netflix mobile gaming on Android with two games, Stranger Things: 1984 and Stranger Things 3. It’s very, very early days and we’ve got a lot of work to do in the months ahead, but this is the first step. https://t.co/yOl44PGY0r

“We’ll keep you updated as we explore what gaming looks like on Netflix. Stay tuned,” read another Twitter thread.

Once the games are downloaded, users will have to confirm their Netflix credentials before they can start playing them. They will be able to play the games from inside the Netflix app or by launching the app directly.

It’s unclear when Netflix will release the gaming services for subscribers outside of Poland or on different device platforms.