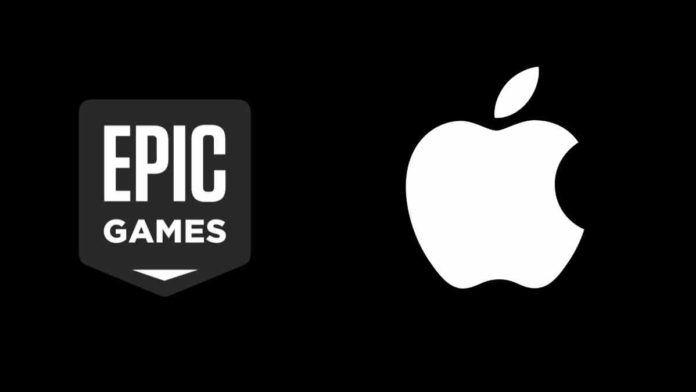 In a ruling in the Epic versus Apple antitrust case, a U.S. judge has issued a permanent injunction that directs Apple to allow app developers to offer external payment systems other than Apple’s in-app purchasing methods.

For those unaware, Epic Games had filed a lawsuit against Apple in August 2020 in the U.S. District Court for the Northern District of California, related to Apple’s practices in the iOS App Store.

Epic Games specifically had challenged Apple’s restrictions on apps from having other in-app purchasing options outside of the one provided by the App Store.

Apple typically takes a 15% to 30% revenue cut of gross sales on each purchase made in the App Store, which was challenged by Epic Games’ founder Tim Sweeney. With their popular game Fortnite, Epic Games wanted to either bypass Apple or have Apple take less of a cut.

On August 13, 2020, the company implemented changes in Fortnite intentionally to bypass the App Store payment system, prompting Apple to delete the game from the App Store and leading to Epic filing its lawsuit.

Apple filed a countersuit against Epic on September 8, 2020, asserting Epic purposely breached its terms of contract with Apple to goad it into action, and defended itself from Epic’s suit. The trial ran from May 3 to May 24, 2021.

The U.S. Judge Yvonne Gonzalez Rogers on September 10, 2020, issued two rulings. In the first ruling, Judge Rogers decided in favor of Apple on nine of ten counts, while in the second ruling she sided with Epic Games where the court could not prove that Apple was engaging in monopolistic behavior under federal or state antitrust laws.

“The Court does not find that Apple is an antitrust monopolist in the submarket for mobile gaming transaction. However, it does find that Apple’s conduct in enforcing anti-steering restrictions is anticompetitive,” the 185-page ruling reads.

“The trial did show that Apple is engaging in anticompetitive conduct under California’s competition laws. The Court concludes that Apple’s anti-steering provisions hide critical information from consumers and illegally stifle consumer choice. When coupled with Apple’s incipient antitrust violations, these anti-steering provisions are anticompetitive and a nationwide remedy to eliminate those provisions is warranted.”

As a result, Apple now has to allow U.S. app developers to offer alternative payment options other than Apple’s in-app purchase system:

“Apple Inc. and its officers, agents, servants, employees, and any person in active concert or participation with them (“Apple”), are hereby permanently restrained and enjoined from prohibiting developers from (i) including in their apps and their metadata buttons, external links, or other calls to action that direct customers to purchasing mechanisms, in addition to In-App Purchasing and (ii) communicating with customers through points of contact obtained voluntarily from customers through account registration within the app.”

Apple considers the court’s ruling as a huge win for them. The company issued the following statement, as shared by Nick Statt:

“Today the Court has affirmed what we’ve known all along: the App Store is not in violation of antitrust law. As the Court recognized ‘success is not illegal.’ Apple faces rigorous competition in every segment in which we do business, and we believe customers and developers choose us because our products and services are the best in the world. We remain committed to ensuring the App Store is a safe and trusted marketplace that supports a thriving developer community and more than 2.1 million U.S. jobs, and where rules apply equally to everyone.”

Epic Games CEO Tim Sweeney criticized the ruling on Twitter and said that it is not a win for developers or consumers. He also added that Fortnite will return to the iOS App Store only “when and where Epic can offer in-app payment in fair competition with Apple in-app payment, passing along the savings to consumers.”

“We will fight on,” Sweeney concluded.

Today’s ruling isn't a win for developers or for consumers. Epic is fighting for fair competition among in-app payment methods and app stores for a billion consumers. https://t.co/cGTBxThnsP

It remains to be seen whether or not Fortnite ever returns to the App Store. Apparently, Epic Games plans to appeal the decision, a company spokeswoman confirmed to CNBC.