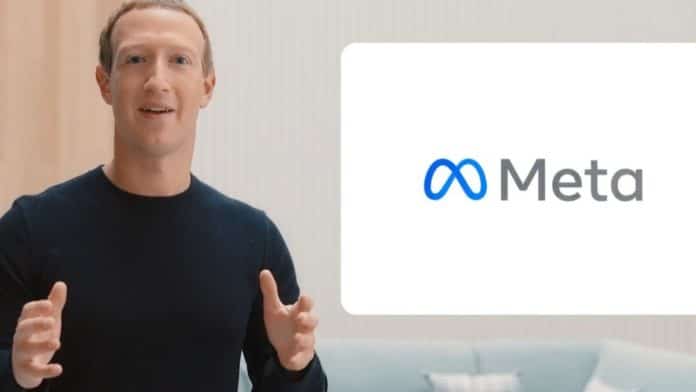 In a major rebranding exercise, the popular social networking giant Facebook has officially changed its corporate name to “Meta”.

Making the announcement at the company’s AR/VR-focused Connect event on Thursday, Facebook CEO Mark Zuckerberg said that his company is rebranding itself as “Meta” in an effort to encompass into newer avenues like Virtual Reality (VR), Augmented Reality (AR) and smart glasses.

The rebranding exercise comes after Zuckerberg and Facebook, in particular, have been under critical scrutiny over antitrust allegations. Also, the latest controversy where documents were leaked by an ex-employee, Frances Haugen who blamed the company for putting “profits over safety” has created a negative impact.

According to Zuckerberg, Meta’s focus will be to bring the metaverse to life and help people work, game and communicate in a virtual environment.

The name change does apply to any of its specific platforms, such as Facebook, Instagram and WhatsApp, but only to the parent company that owns them.

“To reflect who we are and what we hope to build, I am proud to announce that starting today, our company is now Meta. Our mission remains the same — it’s still about bringing people together. Our apps and our brands — they’re not changing either,” Zuckerberg said.

“From now on, we will be metaverse-first, not Facebook-first. Our brand is so tightly linked to one product that it can’t possibly represent everything we’re doing today, let alone the future.”

The company will also be investing $150 million in AR/VR training and resources to help learners, creators and developers build new skills, access technologies and unlock opportunities in the metaverse.

Though the change would bring together its different apps and technologies under one new brand, the company said it is not changing its corporate structure. Effective December 1, it will change its stock ticker symbol from FB to MVRS.

“Our hope is that within the next decade, the metaverse will reach a billion people, host hundreds of billions of dollars of digital commerce, and support jobs for millions of creators and developers,” Zuckerberg added.

Recently, Facebook had posted about creating 10,000 new high-skilled jobs at Facebook spanning across the technology metaverse over the next five years. It also has plans to invest $50 million to build the virtual world.

For more information on the metaverse and the reasonings for the rebrand, you can read Zuckerberg’s “Founder’s Letter, 2021” here. You can also click here for additional information about the Meta brand.