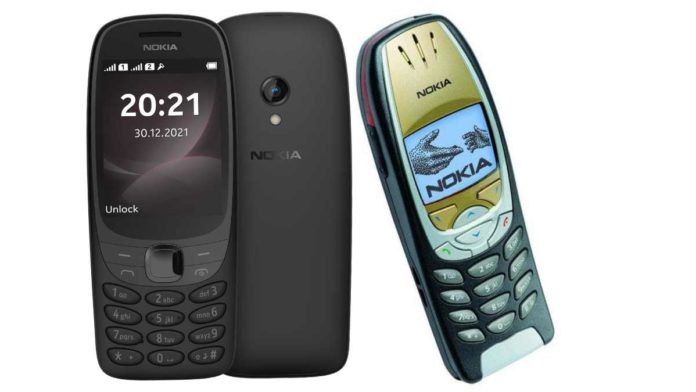 Look who’s back!!! The iconic and indestructible Nokia 6310 has returned in an all-new avatar two decades after it was launched for sale in 2001.

Nokia, the yesteryears smartphone king, has released an updated model of its classic “brick phone” 6310 with upgraded features including the iconic game ‘Snake’ to mark the 20th anniversary of 6310.

The 2021 Nokia 6310 version comes with new zoomed in menus and larger font options to provide better readability and accessibility. It also comes with the classic and nostalgic ‘Snake’ game in a newly-refreshed form. It allows you to compose a monophonic ringtone using the composer.

Further, the handset is powered by a UNISOC 6531F processor and has 16MB of RAM and 8MB of internal storage. It runs on the Series 30+ (S30+) operating system. It also has a MicroSD card slot, which can be expanded to add up to 32GB of additional storage.

The device is powered by 1150 mAh removable battery that can last 21.7 days on standby mode, with 19.45 hours of talk time. It also includes a single 0.3MP camera on the back along with an LED flash.

Other features include Bluetooth 5.0, Wi-Fi, dual SIM support (for a mini-SIM and a nano-SIM), MP3 player, and FM Radio (wired and wireless dual-mode). The phone comes with a charger, headphone jack and Micro USB (USB 1.1) cable.

A modern classic, redesigned! ??
?
The new #Nokia6310 has a host of new features including bigger buttons, zoomed in menus, a wireless FM radio and more…all packaged in the iconic shape of the original #Nokia6310.?
?#LoveItTrustItKeepIt pic.twitter.com/NMnWngceV2

There is no information available if the new Nokia 6310 handset is available for sale in other countries besides UK and India.