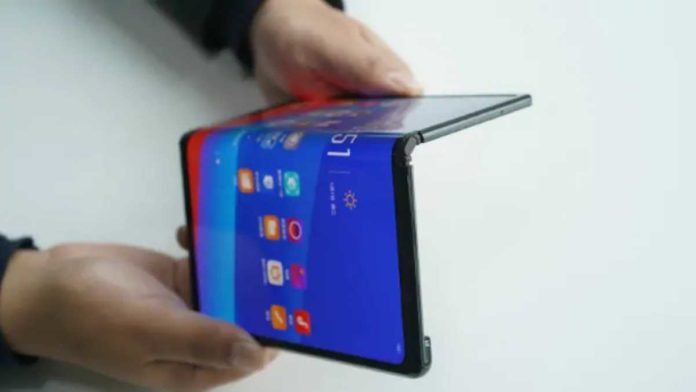 Oppo has long been rumored to be working on its first foldable smartphone, which is set to make its debut in December this year.

Now, a reputable Chinese tipster Digital Chat Station has leaked more information about the upcoming smartphone on Weibo. As per the report, the upcoming foldable smartphone will be called “Oppo Find N 5G” and feature an inward-folding display design similar to the one on Samsung Galaxy Z Fold3 and the Huawei Mate X2.

As per the report, the device is said to sport a “7.8-inch to 8-inch” LTPO AMOLED display with a 2K resolution and a 120Hz refresh rate. The inner folding canvas is said to have a punch-hole selfie camera design, while the outer screen will be slightly curved at the edges and have a centered punch hole camera and 60Hz refresh rate.

The smartphone is expected to be powered by a Qualcomm snapdragon 888 SoC running on ColorOS 12 based on Android 11. Additionally, the device will be powered by a 4,500mAh battery with support for 65W fast charging technology. It is also said to feature a side-mounted fingerprint sensor for security.

On the camera front, the device could feature a triple camera setup that has a 50MP Sony IMX766 primary sensor, a 16MP IMX481 sensor, and a 13MP Samsung ISOCELL SK3M5 sensor. It is also likely to have a 32MP selfie shooter but it is unclear if this sensor will be outside or inside.

While Oppo has yet to reveal any details about the upcoming foldable smartphone, we can expect to learn more about the device in December, probably ahead of the official launch.