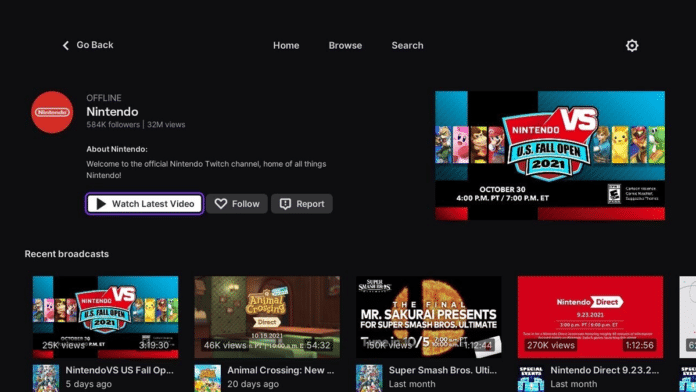 Nintendo Switch is probably the most popular handheld console out there that has stood the test of time. Despite being five years old in 2021 it still doesn’t support many mainstream content streaming services out there.

In a blog post on Thursday, Twitch stated that,

“Starting today, all the Twitch goodness you care about from gaming to music, to exciting live esports — it’s all available on your Nintendo Switch. With millions of unique creators every day streaming everything under the sun, if it’s worth watching, it’s live on Twitch right now.”

“Join the millions of fans worldwide connecting over their shared love of gaming, music, pretty much everything else you can think of, and the people who stream it. Download the Twitch app from the Nintendo Switch eShop today.”

Using the Twitch app on your Nintendo Switch you will be able to,

For those of you who don’t know much about Twitch. Well, twitch is a mainstream game live streaming service that’s praised by streamers, gamers, and viewers. Similar to Twitch, we would love to see apps like Discord on Nintendo Switch.