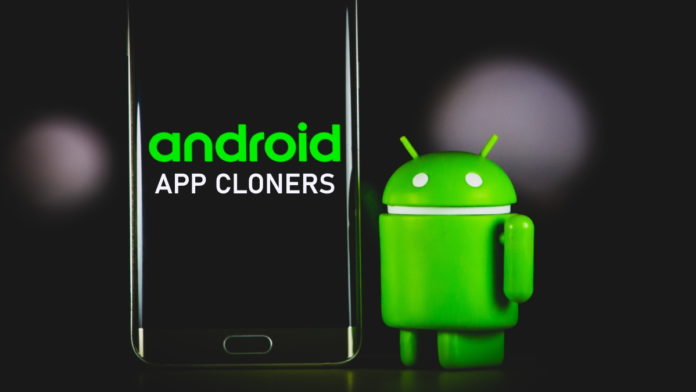 Android App cloners are great tools if you need to run dual accounts of the same app. Nowadays, we all have multiple social media accounts, multiple WhatsApp accounts, and even multiple accounts for games.

Most people use app cloners to keep their work and private life separate, some even use it for separate gaming accounts.

However, these cloners only work for select messaging apps.

So here are the best app cloners for android to run multiple stances of the same app on your phone.

DO Multiple Accounts is one of the best Android app cloners you can use to run multiple accounts of the same app.

The app gives you enhanced notification control over the cloned apps, which lets you disable notifications for any clone you want.

The app also lets you lock the cloned apps behind a password with its in-built privacy locker. Along with the fact that the app doesn’t drain a lot of your resources, DO Multiple Accounts is one of the best Android app cloners.

From the developer of Greenify (A popular resource management tool for Android), Island is a great app cloner for android that comes with multiple features and keeps your data private.

Island does all the stuff you’d expect an app cloner worth its salt to do such as: letting you clone any app you want, hiding clones and even freezing completely to save battery life.

Unlike DO Multiple Apps, Island doesn’t let your lock your cloned apps behind a password since it uses the work profile feature found in Android. However, if you don’t want anyone to see the cloned app, you can simply hide it using Island. Island is one of the best Android app cloners for you which gets the job done while maintaining your privacy.

Dual Apps is one of the best app cloners for Android and it justifies its popularity with features such as: running multiple accounts for the same app, hiding cloned apps, and managing notifications for cloned apps.

The app supports cloning all types of apps from social media to games. Dual Apps allows you to create a private space for all your cloned apps that are hidden in your primary space. While using the app, both accounts remain online to allow you to instantly switch between them.

Multiple Accounts is a great clone app for android that lets you easily create multiple clones of the same app on your Android device. You can clone social media apps like Instagram and Facebook and games such as Clash of Clans and more.

The app also features a security lock to protect your sensitive data, you can also hide apps by moving them to the “Secret Zone”. The app currently works only on Android 10 and 11 and doesn’t support Android 12.

Shelter is an open-source app cloner for Android which is great if for keeping your data safe. Shelter also uses the work profile feature in Android to give you a separate space for all your cloned apps. Privacy features on Shelter include the ability to create a container for data collecting apps so that they don’t access data from outside your profile.

The app lets you create multiple accounts for the same app, Shelter also gives you the ability to freeze heavy apps to free your phone resources to run other tasks. Shelter is one of the best Android app cloners that doesn’t track you and keeps your data safe.

While it is like other cloning apps on this list, Clone App stands out because there are zero ads even if you’re using the free version. Like other apps, Clone App gives you the ability to create multiple clones of the same app. While the app supports social media apps very well, it isn’t very good in cloning games and other heavy apps.

Clone app also comes with an in-built VPN, but it often throttles connections, and you should use other VPNs if you want to. The app also supports themes, emoticons and comes with different stickers for WhatsApp. Clone App is a great Android app cloner, and you should definitely try it out if you’re looking for a free app with no ads.

Just like others, Multi Parallel lets you run more than two accounts on the phone. It also lets you make unlimited clones of apps such as WhatsApp, Instagram and many more.

You can keep all the clones online at the same time and customize the app logo and name.

Super Clone is another great app for cloning Android apps. You can use to run multiple accounts of the same app. Super Clone is a lot like the other apps on this list and comes with similar features such as the ability to lock apps behind passwords.

Super Clone doesn’t offer anything extra over other apps on this list, but you should give it a try if you want a clean and simple tool to clone apps on your Android device.

Water Clone is an Android app cloner that helps you create multiple clones of the same app to keep your work and private life separate. The UI is simple to use, and you can create clones in just a few minutes.

With more than 40 million users, Parallel App is a very popular Multi-Account Cloning app that is extremely simple to use. The app supports 14 different languages and comes with features such as a password lock for cloned apps.

Which App Is Best For App Cloner?

Dual Apps is one of the best app for cloners as it provides top features better than other clone apps for android.

What Are App Cloners Used For?

These were the 10 Best App Cloners For Android to run dual app. You can tell us about other app cloners in the comments below.