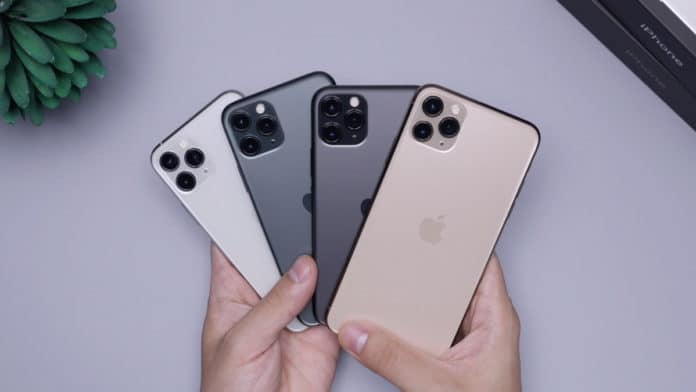 Apple has beaten the likes of Samsung and Xiaomi to emerge as the company with top seven bestselling iPhones of 2021, according to the market research firm, Counterpoint Research.

In a recently published list of the top-selling smartphones in the world by Counterpoint Research, Apple captured seven spots in the list, followed by Xiaomi with two spots and Samsung with one. Coincidentally, Apple, Samsung, and Xiaomi are the only brands that have made it to the 2021 top 10 list.

The top five smartphone models in the 2021 list were from Apple. The iPhone 12 was the best-selling model, followed by the iPhone 12 Pro Max, iPhone 13, iPhone 12 Pro, and iPhone 11. The top three models contributed 41% to Apple’s total sales. The eighth and ninth positions too were secured by iPhone SE 2020 and iPhone 13 Pro Max respectively.

According to the research firm, the iPhone 12 series volumes saw an increase in sales due to the pending demand for 5G upgrades by a strong and loyal iOS user base as well as the push from carriers.

Capturing the sixth position in 2021 was Samsung’s Galaxy A12, an entry-level smartphone with almost all regions and countries displaying a strong demand for the device throughout the year. Its top markets were North America, Latin America, and Western Europe.

Lastly, coming to Xiaomi, its Redmi 9A and Redmi 9 smartphones contributed 22% to the brand’s total sales with these devices taking the seventh and tenth positions respectively in the 2021 top 10 list. While Xiaomi performed well across regions, China, India, and Asia-Pacific were its top markets despite being price-conscious markets.

According to Counterpoint Research’s Global Monthly Handset Model Sales Tracker, there were more than 4,200 active smartphone models in the global market with the top 10 best-selling smartphone models contributing 19% to the total global smartphone unit sales in 2021, compared to 16% in 2020.