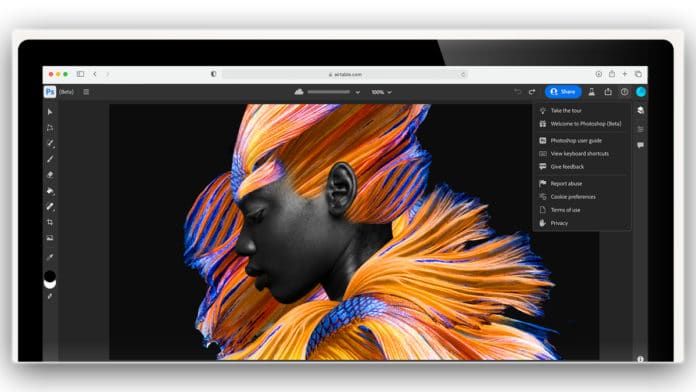 Adobe is reportedly testing a web-based free version of Photoshop, which it is planning to later offer as a free service to all users with an Adobe account around the world.

The company plans to call the free service of the most popular photo editing tool “freemium”, which means that while users will have enough “core function” tools to perform the essential functions of image editing, some of the features of the software won’t be available for free.

In other words, Adobe plans to paywall some features to paying subscribers. This means such features will be offered exclusively to only those who will buy the subscription for the service.

Currently, the “freemium” model for the web client of Adobe Photoshop is available to any user in Canada with a free Adobe account, as per the report.

For the unversed, the web version of Photoshop was first launched in October 2021 as a public beta, which Adobe framed as a collaboration tool for artists to share an image with others so they could make some small tweaks or leave annotations.

While this simplified version could be used for basic edits, the service did not include all of the features, including layers and core editing tools.

However, in the past months, Adobe has made several updates to the service and added many functionalities like Curves, RefineEdge, Dodge and Burn, and the ability to convert Smart Objects.

Moreover, in the initial release, users had to share a document on the web via the desktop app. However, the updated version now allows any Photoshop subscriber can log in to start a new document directly from the web.

Also, the updated version will get mobile support for reviewing and commenting on images.

With the move to a free model, Adobe is hoping to make the browser-based version of Photoshop more accessible and easier for people to try as well as introduce more users to the app.

This could be the company’s strategy to entice more users to its platform and increase its paid subscribers count who might later buy the subscription to access more premium features after trying the free version.

“We want to make [Photoshop] more accessible and easier for more people to try it out and experience the product. I want to see Photoshop meet users where they’re at now. You don’t need a high-end machine to come into Photoshop,” Maria Yap, the VP of Digital Imaging at Adobe told The Verge.

It is unclear when the free-to-use browser-only version of Adobe Photoshop will be made available to more users outside Canada. Keep watching this space for more updates!