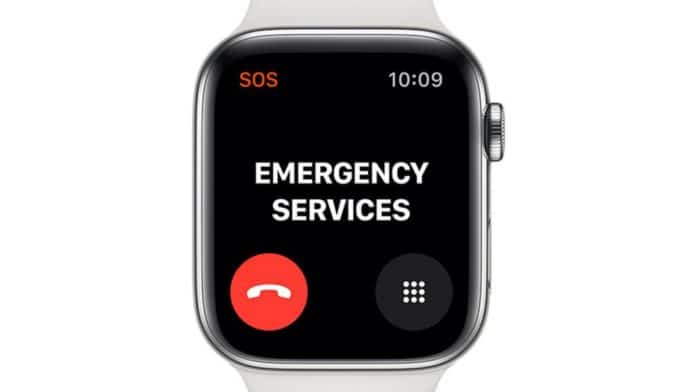 In yet another incident, Apple Watch came to the rescue of its owner who was swept 4km out into the sea by strong currents by sending an emergency SOS alert.

The incident took place on the north east coast of Sydney, Australia. A kayaker from New South Wales (NSW) went out kayaking with another male companion from Balmoral early Saturday morning.

Separated from his partner, the kayaker from NSW ended up drifting nearly 4 kilometers (almost 2 and a half miles) off the coast due to strong currents and was unable to paddle his way back to shore due to the force of the strong winds.

Luckily for him, as he had his Apple Watch on, he was able to immediately send a signal for help by activating the emergency SOS function. For the unversed, when the users make a call with Emergency SOS, their Apple Watch automatically calls local emergency services in their region and shares the users’ location with them.

As per DailyMail.com, a search for the kayak was immediately launched with NSW Police Marine Area Command calling Surf Lifesaving NSW and the Westpac rescue helicopter. They were also assisted by Manly lifeguards and Freshwater Surf Lifesaving Club who deployed jetskis and inflatable rescue boats.

The rescue helicopter then spotted the bright orange kayak almost 4km out into the sea with the extremely exhausted kayaker. At this point, the kayak was already leaking water and it would only be a matter of time before the man would end up floating alone on the ocean.

The helicopter rescue crew said he was very lucky to be alive and that his Apple Watch had a signal.

“He was falling out of his kayak and had taken on quite a bit of water. He was lucky he had (a) connection on his device to make that desperate call for help,” said Nick Pavlakis, one of the men in the helicopter that was used in the rescue.

The unnamed victim was placed onboard a Westpac rescue helicopter just before 9:30 am and flown to a sports field where paramedics were waiting. His kayak was recovered by Manly’s lifeguards and returned to the shore.

The kayaker displayed signs of fatigue and mild hypothermia but he refused further medical attention when the helicopter landed on the coast.

The rescue team continued to look out for the man’s partner but called off the search later when NSW police reached him by phone and determined that he had already returned to shore safely earlier in the day.

This is not the first time Apple Watch has received credit for being a life savior. In one such instance, the device saved a 25-year-old young man’s life after he fainted and fell in the restroom of the hospital Emergency Room (ER) during a visit in July 2021. Luckily, the fall detection feature in his Apple Watch detected an impact and subsequently alerted his father who had accompanied him on this visit.