WhatsApp, the Meta-owned popular messaging app, is working toward expanding its user privacy by working on a new feature that will give users the ability to hide their online status from everyone. It is expected to be released in the future update of the app for Android, iOS, and Desktop users.

According to a report from WABetaInfo, which tracks all the latest developments related to WhatsApp, the messaging platform is apparently testing an update for the Last Seen and Online Status. This feature will allow users to decide who can see them online while they are using the messaging app.

Currently, WhatsApp users can only hide their Last Seen everyone, contacts, or specific contacts. In its report, WABetaInfo stated that a lot of WhatsApp users over the years requested to be able to hide their online status in stealth mode for various reasons. For example, some users want to use the messaging app without being disturbed by other people, or they feel stalked by someone.

“We know a lot of people want this feature, so we also created a concept to disable the online status last year, that’s a good way to share feedback with WhatsApp,” WABetaInfo said in the report.

As seen in the screenshot below, this new privacy feature in WhatsApp will now allow users the option to choose with who they can share their last seen status right within WhatsApp Privacy Settings by selecting between two options: “Everyone” and “Same as Last Seen.” 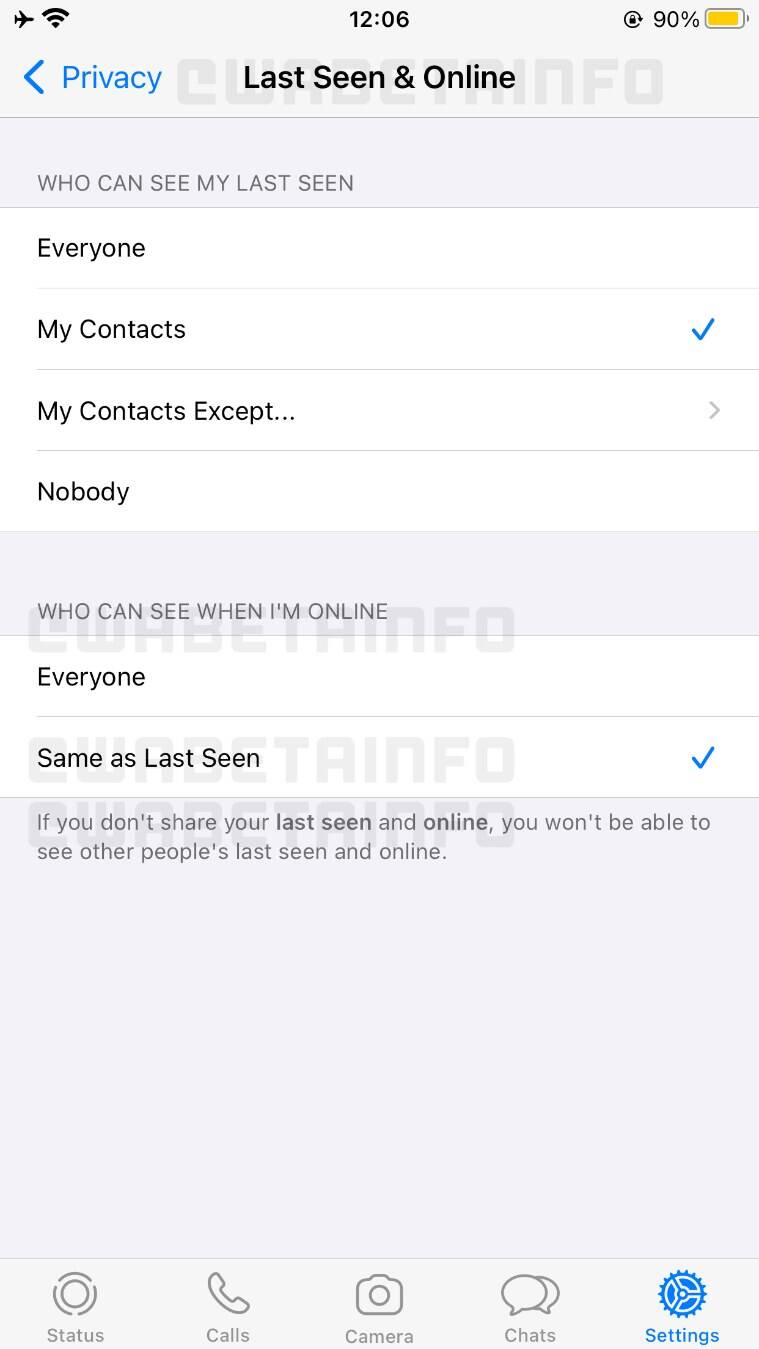 “Last year, WhatsApp started automatically hiding the last seen to contacts you never chatted with, in order to prevent third-party apps from monitoring our last seen and online status. Unfortunately, people that we already chatted with could still see when we were online but thanks to the new privacy setting “who can see when I’m online”, they won’t be able to do it anymore.”

WhatsApp is working on the ability to hide the online status!

WhatsApp is finally listening to user feedback by developing a feature that lets us choose who can see when we are online on WhatsApp!https://t.co/eew9OVi5I1 pic.twitter.com/y3DWfobY3P

While the screenshot shared by WaBetaInfo is on the beta version of WhatsApp on iOS, the same feature is expected to come to WhatsApp beta for Android and Desktop beta as well.

Currently, the feature is under development and is likely to be available in a future update of the app. It is unknown when the feature will be rolled out to the general public.