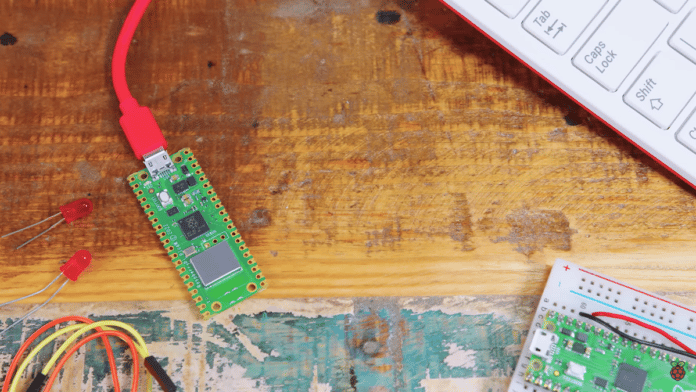 The new model, Pico W, is basically based on the same hardware but adds 802.11n wireless networking to the platform while retaining complete pin compatibility with its older sibling.

“Fast cores, large memory, and flexible interfacing make RP2040 a natural building block for Internet of Things (IoT) applications. But Pico itself has one obvious missing feature for IoT: a method for connecting to the network. Now, this is about to change,” Raspberry Pi founder Eden Upton wrote in a blog post about Pico W.

Further, the new Pico W has an onboard 2.4GHz wireless interface using an Infineon CYW43439, which supports both Bluetooth 5.2 and Bluetooth Low-Energy (LE). However, Bluetooth is not enabled on Pico W at launch with Raspberry Pi hinting that they may do so in the future.

It has an ABRACON onboard antenna for Wi-Fi connectivity. The wireless interface is connected via SPI to the RP2040. In addition, the device also supports MicroPython and C++ languages.

Let’s have a look at the following key features of Pico W:

The Foundation also announced two other Pico family members too: Pico H ($5) and Pico WH ($7), which add pre-populated headers and a new 3-pin debug connector to the Pico and Pico W respectively.

Those interested can order the Raspberry Pi Pico W for $6 and Pico H for $5 from select resellers, including The Pi Hut. The Pico WH is expected to be launched in the coming months and will cost $7.