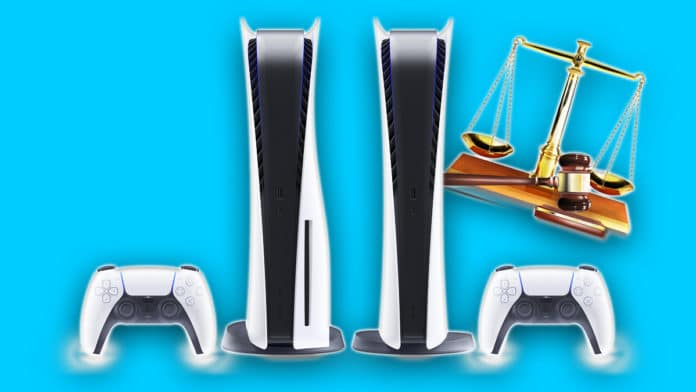 Sony Interactive Entertainment is facing a class action lawsuit after it allegedly violated state and federal consumer law in the case of a defective PlayStation 5 (PS5) video game system.

According to the lawsuit filed on July 12 by Christina Trejo against Sony Corporation of America in an Illinois Federal Court, the plaintiff claims that the company intentionally hid a defect in its PS5 video game system, which is causing the system to suddenly crash while users are playing games, often leading to loss of saved gameplay.

For those unaware, the PS5 is Sony’s newest flagship gaming console that was released in November 2020 and has sold over 19.2 million units worldwide.

The PS5 is primarily a video game console, which provides many other entertainment functions including television and movie streaming capabilities and services.

“While the PS5 can be used for many entertainment purposes, playing video games on the console is its primary function.

The Console Defect affects users’ ability to play video games and compromises the primary function and overall usage of the PS5,” the lawsuit alleges.

The lawsuit also points out that supply issues have added to the frustration of consumers hoping to purchase Sony’s highly advertised next-generation console, PS5, only to receive a defective product.

“Consumers, after finally purchasing a seemingly unobtainable PS5 console, are met with an ironic truth that the PS5 they purchased from Sony, where ‘Play Has No Limits’, contains a console defect which severely limits their expected use of the system,” the lawsuit added.

What’s odd is that the class-action lawsuit is vague in its description and refrains from pointing out the actual cause of the defect.

It only mentions that the defect exists in the design of the PS5 and cites numerous customer reviews on Amazon and Reddit threads about the PS5 from the time it has been on sale in 2020.

“The Console Defect exists due to a defect in the design of the PS5. A common and significant issue among PS5 users is that the PS5 will crash or power down while they are playing video games. On information and belief, the console defect is more prominent but is not limited to, when users play the new generation PS5 games. This aspect of the defect is crucial as playing PS5 games is the primary purpose for which consumers purchase the PS5 in the first place,” the lawsuit adds.

As a result, the lawsuit further claims that users are “oftentimes” required to downgrade versions of PS5 optimized titles to PS4 versions to avoid this issue and not risk further damaging their PS5 and losing game progress.

The plaintiff also claims that Sony knew was well aware of the console’s defect through warranty repair requests and online consumer complaints.

“Despite its knowledge of the Console Defect, Defendant failed to, and continues to fail to, disclose the defect to consumers prior to them purchasing the PS5, nor has Defendant taken any substantial action to remedy the problem,” it states.

The plaintiff claims to represent customers who purchased a PS5 around the U.S. and is suing Sony for violations of Illinois consumer laws, breach of warranty, and unjust enrichment. She is also seeking certification of the class action, damages, attorney’s fees and costs, and a jury trial.

While Sony’s PS5 has been available since late 2020, not many complaints similar to what Trejo has alleged have been reported in the wider PlayStation community, which means the issue seems scarce.

If the lawsuit filed by Trejo has legitimate grounds, Sony would be made to pay a fine to cover the cost due to the defect. The company has yet to respond to Trejo’s legal action.

This is not the first time that Sony is facing legal action since the launch of the PS5.

Last year, a U.S. law firm filed a class action lawsuit against the company alleging that the PS5 “Dualsense” controller was defective due to “stick drift” issues, which caused the characters or gameplay to move on the screen without user command or manual operation of the joystick.