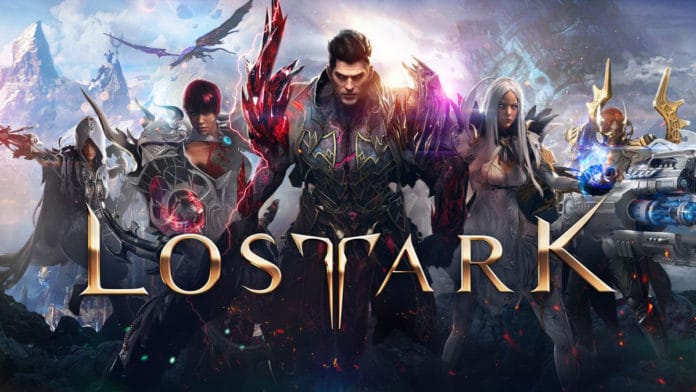 Knowing everything you can about a game makes you a more formidable player. While you may think that the game designers will do their best to disclose everything to you, that isn’t the case. The truth is that there’s a lot of mystery in this game, and you’re going to discover a few things here. The following are 13 things you may not know.

The Lost Ark game offers a lot. There aren’t many well-designed free games, but everything is not perfect. There are some drawbacks, and one of them is that there aren’t any subclass specifications. If you’re looking for regular tanks or healers, you can’t just choose these subclasses without exploring what that means. Some of these subclasses are gender locked.

You won’t be able to do anything about that once you’ve chosen that subclass. Knowing this could save you a headache afterward. Maybe the game designers will change all that someday because it’s pretty limiting, but that’s what you have to deal with now.

You get to skip the first 10 levels of the game. There was a point where folks had to begin at an earlier level depending on your class, but that’s no longer the case. You, and the rest of the players, can jump right into the main story. There is a prologue you might like, but you can skip it and still enjoy the game. This means you have to work towards passing 40 levels before you get to the combat level. Level 10 is pretty basic, so you’ll have plenty of time to get familiar with the game.

A lot of people overlook the fact that they have an auto move option they can use at any time. Yes, this means your character can keep on going while you take care of other things. While you probably don’t want to use this option all the time, it can be helpful every so often. For example, you could use it when you have to check multiple character screens.

You don’t have to stop your character from moving to check on these screens, which is great. All you have to do is press “T” to initiate. You’re told about this at the beginning of the game, but it’s not explained well. A lot of folks miss it.

In some games, boxes have all sorts of trinkets. This may encourage you to break every box you see in the game. There’s no point in doing that for this game. You’ll just be wasting your time because most of these boxes contain nothing. The game will tell you when to break a box, so if it doesn’t, keep on going. The Lost Ark is an action RPG, so the designers didn’t see the point of doing anything special with the boxes you see. They serve as mere decoration.

The game has a selfie mode or photo mode for its players, but you can’t just access it from the get go. Some games allow that but not here. If you want to unlock it, you’re going to have to play the game. You’ll have to reach the “Savior” quest before you can access the selfie mode. A lot will be unlocked when you get to this point, which is great. You’ll find the selfie mode on the icon under the minimap on your right.

You are going to come across several dungeons throughout the game. If you are playing with others, you should choose to challenge yourselves by switching the difficulty level to the highest possible. Doing this ensures that you get bigger rewards. If you are playing on your own, you shouldn’t do this. This usually works better in a group.

When you are a solo player, switch the difficulty level to normal. Life in the game will be much easier for you if you make this simple switch. You’ll still get your rewards, maybe not the best ones you could have, but there’s much more game to cover. You can’t grow old in these dungeons.

Most people won’t tell you to focus on the quests and not the kills but they should. Thankfully, you are here and are finding out that kills don’t amount to much. Sure, it’s fun to take down every enemy, but if you aren’t told to do so by the game, it’s a waste to try to kill every single enemy. For one, you only get 2XP per kill, and that isn’t much. Plus, you’ll be wasting your time. You want to focus on conquering each quest. Do that, and you’ll go pretty far in this game of yours. Yes, this is an action game, but you still have to strategize well, and that’s what you’re doing if you play this way.

Ignoring enemies may be smart, but that doesn’t mean they’ll return the favor. Those annoying little enemies will attack if they are given a chance. If they can, they’ll interrupt any action you’ve taken, which is not great. One thing you aren’t told is that if you mount you have less to worry about. Yes, you’ll still sustain damages when attacked, but your actions won’t be interrupted. This is the case if you mounted, so try to do that as soon as you can. You can stun your enemies afterward. It’s a good strategy, especially when you are escaping or something like that.

You must organize your quests. Not everyone does this, and not everyone is told to do this, but it’s important that you do. If you fail to do so, you’ll start seeing them crowd your screen. You need to be able to see everything. It’s part of the fun, but with all those quests, that’ll get challenging. Tick those quests off as you collect them.

You can still access them by pressing “J” whenever you want. Doing this helps you stay focused and helps you enjoy how detailed this game really is. If you’re a gamer like many people are nowadays, you know how rare it is to have a detailed world to play in.

Most gamers love to use their mouse to attack. This works in this game, too, while you use your keyboard for everything else. Well, you don’t have to use it. If you don’t have your mouse or would rather do everything with one hand for some reason, then you can use your keyboard. All you need to do is press “C.” You can do all the attacks you want to during your game. That free hand can be used to text, drink something, or snack on something.

No one tells you this, but voice chat is automatically turned on for you when you join an online party. Yes, it happens to you without you even knowing. This means that the moment you join an online team they can hear everything. If you don’t want this, then make sure you go into your settings and change this. Any time you join an online team you should double check, or you might be embarrassed afterward. This is a convenient feature at times because part of the fun of joining teams online is that you get to chat with them, but some conversations and noises are private.

Now, you know much more about this game than you did before. Knowing all this helps you prepare to play and feel comfortable in your new world. There’s still more to learn, but you’ll learn as you continue to play.