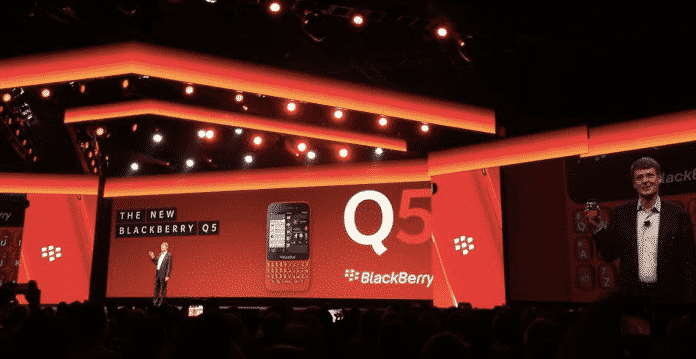 According to heins, the Q5 will be aimed at emerging markets, as BlackBerry sees an opportunity to infiltrate markets in which most people might not have a computer or laptop, but where they do need a smartphone.  although nothing about the price has been discussed. but it is expected to be priced moderately. and will be available in selected markets in Europe, the Middle East, Africa, Asia (including the Asia Pacific region), and Latin America, with expected availability beginning in July.”

The BlackBerry Q5 looks similar to the Q10. and features are almost similar to  Q10 and available to Z10 which is available from today.

Q5 features a physical full keyboard and a 3.1-inch touchscreen display. with the latest BB10 pre-installed. The screen has an unusual resolution of 720 x 720px – the same as on the Q10, but this time it’s an LCD unit. Inside the BlackBerry Q5 there’s a dual-core 1.2Ghz CPU and 8 gigs worth of storage. There’s a microSD slot to expand the space, but the battery is not removable.

It will be available in four different colors black, white, red, and pink.