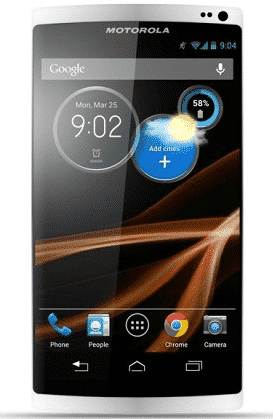 Woodside confirms This Wednesday evening at All Thing D’s D11 conference in Rancho Palos Verdes, Calif. that Moto X will be assembled in a former Nokia plant in Fort Worth Texas, in the U.S.

The Moto X, formerly known as Google’s X Phone, Designed to compete with high-end offerings from Apple and Samsung, Moto X will feature an organic LED display, thinner and lighter than older LCD displays, the device uses battery-friendly sensor technology, similar to that found in Motorola Mobility’s MotoActv smartwatch. it is also hinted that MotoActv’s constant monitoring of a wearer’s location and heart rate would be included in Moto X smartphone.

Woodside also confirmed that the upcoming flagship will be broadly distributed across numerous carriers.  and will be launched this October.