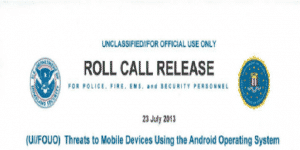 A recent Unclassified Document from FBI, Shows How Android is being targeted for Malware attacks.

Android is one of the world’s most used mobile operating system, and has been targeted by Malware attacks due to its market share and open source Architecture. An industry reports states that more than 44% of Android users are still using the older version 2.3.3 of Android, released in 2011 which has number of known vulnerabilities, which have been fixed in later versions.

The document from FBI, was released for Federal, State And Local Authorities, warning them to keep their mobile phones patched and updated. 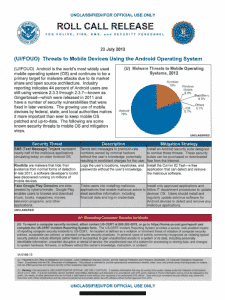 The document also describes 3 of the Major Security threats given below: