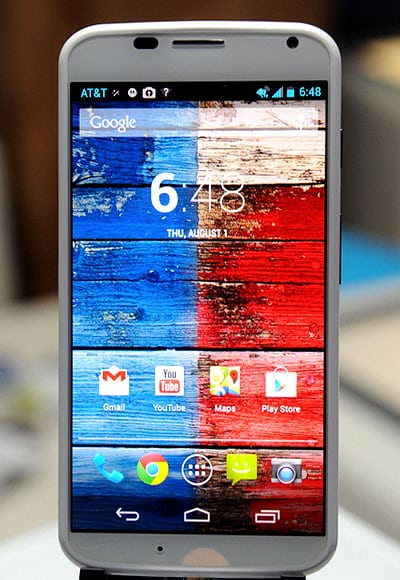 Motorola has launched its first Flagship smart phone Moto X after being taken by google last may.

Moto X smart phones uses googles very own Android operating system with powerful hardware of Mototrola.
Moto X will be assembled in the U.S at a new Motorola factory at Forth Worth,Tex. and will be available in United States and Canada till late August or early september. and will be priced as $199 for 16GB and $249 for 32 GB. Phone will not be available in U.K and Asia but Motorola have confirmed that they have exciting plans for customers from europe and Asia. ‘Moto X is just start’.

Motorola MOTO X: Moto maker: The best part that new Moto X is, it is designed by you. you can choose the color combination. including front, back, Accent, case and Accessories too. add a signature of your own choice, chose from variety of features and get it shipped to you in less than 4 days.

Moto X, Camera:
Moto X, Color:
Motorola Moto X comes with a wide range of color options to chose from, that includes black or white for front panel and 18 different color options for back panel. 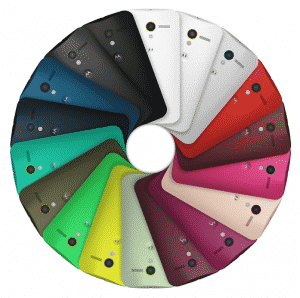 Moto X, Battery:
Moto X, Price:
$199:                 for 16GB
$249:                 for 32 GB
Motorola Moto X seems to give a tough competition Samsung Galaxy S4 And HTC One. But unfortunately Moto X will not make its way to U.K And Asia. Although Motorola may launch A less expensive Version of Moto X around the world. Some people may think Moto X as less effective Smart phone. but its best in price range Under this under brand Name of google with Motorola.