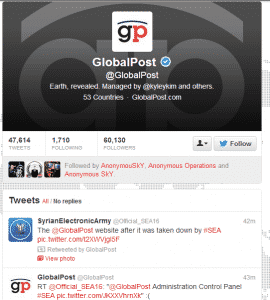 Some other tweets stated, 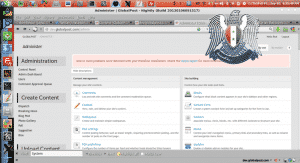 The website was down for long time, but is up now. it is not clear now how SEA manged to get access to the Admin panel.

But they stated the reason of hacking as,

Global post was making fake news about SEA, and was Relating Peoples name with SEA, who were in no way associated with Syrian Electronic Army.

In a Conversation with THN, One of the member of SEA, stated we were able to delete the Article posted by Global post which said some People’s were members of SEA, but we didn’t and left the choice for Global post.