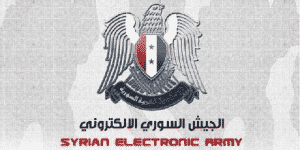 FOX TV was next in the list of Media Networks hacked by Syrian Electronic Army. Yesterday Night about 200 Social Media Accounts including Twitter & Facebook of Media giant ‘FOX TV’ was compromised.

Hotsuite, is a Social media management app which can be used to access various Social networks including Facebook, twitter, Linkedin, FourSquare, Google+ from a single user interface on the app.

According to A conversation with SEA Officials on Mathew keys, the Accounts of FOX Australia and FOX TV United kingdom was compromised too.

Looks like we’ve been hit by hackers! Our tech team is working to fix this now and we will be back up & running soon…
Among the hacked accounts, not only Fox TV Australia and U.K were compromised but the official Account of Star Movies Asia, Various Fox international Channel, twitter account of flop tv (An online tv portal created by fox, italy) and National Geographic channels Accounts were compromised too.
most of the Compromised Accounts were used to fire tweets and post on Facebook related to Syria, and president AL-Assad,
It seems like all the tweets have been removed now, but a Screenshot from softepedia shows two of the tweets fired by the hacker group from NatGeoEsotonia, Twitter Account

Few days Back Syrian Electronic Army took over Official website for Recruitment of U.S Marines and defaced it