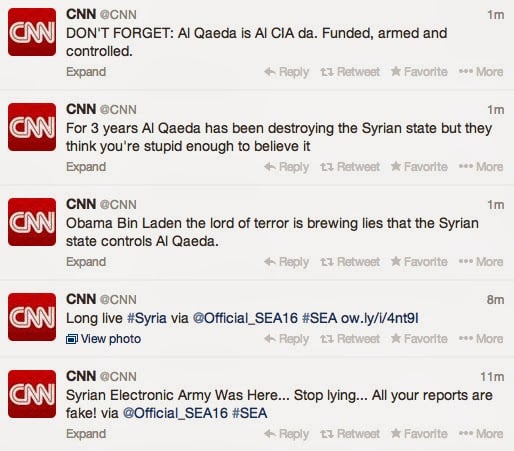 (Screenshots of Tweets fired by SEA from Twitter Account of CNN)
It was not only that Official twitter account of CNN @cnn was hijacked, few minutes later it came into notice that one of the Official blog was also compromised in the Attack, A fake Article was posted on the Blog titled as, “US declares state of national emergency, State department reportedly out of reach.” 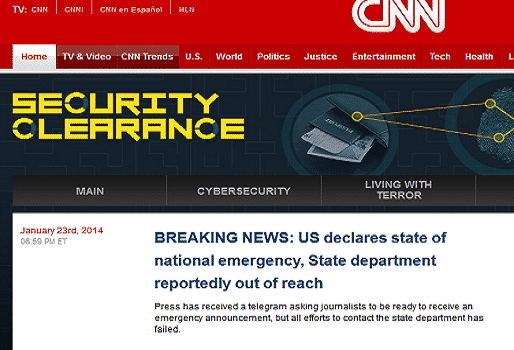 (Screenshot of the Fake Article posted on the blog by SEA) 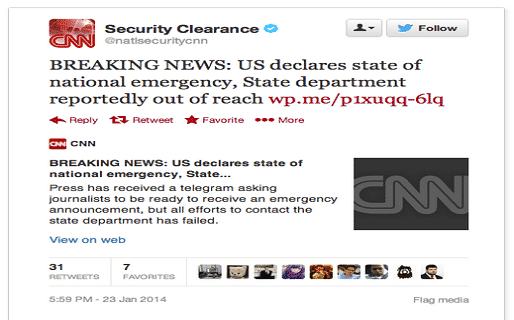 (Screenshot of the twitter blog feed, showing the fake news posted by SEA)

Just few minutes later Article was deleted by CNN, Official SEA member “Th3Pr0” confirmed to the desk, that they were able to compromise HotSuite Accounts of CNN, and may be few emails too, which helped them to gain access to WordPress blog of CNN.

In series of tweets Syrian Electronic Army gave reasons for their attack, stating CNN made fake news over Syria.

Tonight, the #SEA decided to retaliate against #CNN’s viciously lying reporting aimed at prolonging the suffering in #Syria.

#CNN used its usual formula of present unverifiable information as truth, adopting a report by Qataris against #Syria.

Instead of any actual journalism, #CNN turned into a loud horn calling for the destruciton of the #Syria-n state.

US Media strategy is now to hide the fact that the CIA controls and funds Al Qaeda by blaming #Syria instead for their terror. #SEA

And the last tweet confirmed that SEA will continue their attacks,

The #SEA will not stop to pursue these liars and will expose them and their methods for the world to see.