The Bluetooth enabled card readers allowed them to record card payment details and pin, remotely from the gas station with no requirement of physically being connected to it.
According to a statement from Manhattan District Attorney, hackers were able to steal more than $2M during March 2012 to March 2013. the stolen information was used to withdraw cash from about 70 different Bank accounts through ATM’s at New York.
The cash was then deposited in a bank account at New York so that rest of the ring could withdraw money at California and Nevada. 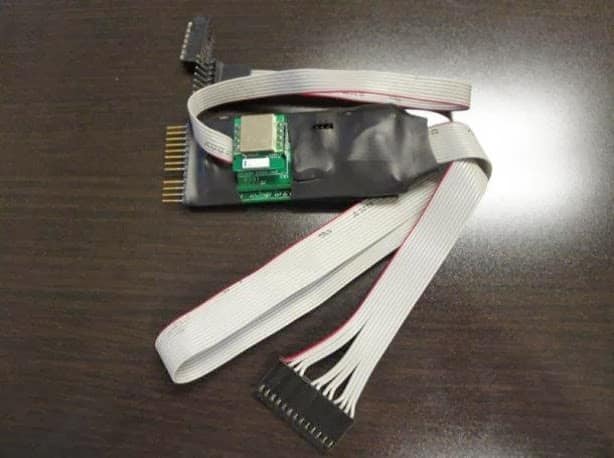 “By using skimming devices planted inside gas station pumps, these defendants are accused of fueling the fastest growing crime in the country,”
“Cybercriminals and identity thieves are not limited to any geographic region, working throughout the world behind computers. In this case, the defendants are charged with stealing personal identifying information from victims in southern states, using forged bank cards on the East Coast, and withdrawing stolen proceeds on the West Coast.” said Manhattan District Attorney Cyrus R. Vance Jr.

In the 13 Accused, Garegin Spartalyan, 40, Aram Martirosian, 34, Hayk Dzhandzhapanyan, 40, and Davit Kudugulyan, 42, was found the leads behind the planning, and was charged with money laundering, possession of forgery device and stolen property, and rest of the Nine accused were charged with two counts each of money laundering.