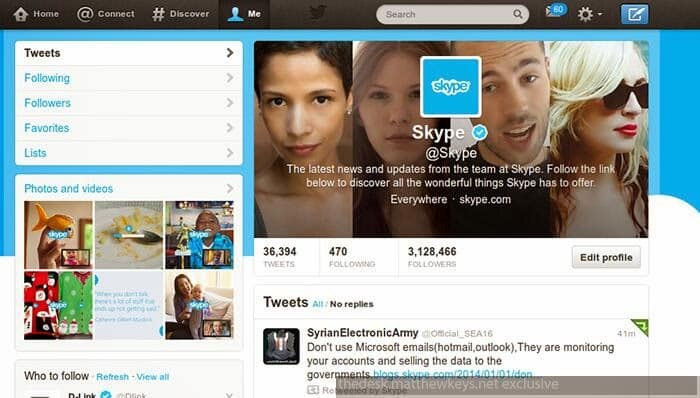 “Don’t use Microsoft emails(hotmail,outlook),They are monitoring your accounts and selling the data to the governments and gave a link https://blogs.skype.com/2014/01/01/dont-use-microsoft-emails-hotmailoutlook-they-are-monitoring-your-accounts-and-selling-the-data-to-the-governments/ “

SEA then proceeded to announce that that it had hacked into Skype WordPress blog as well as its social media dashboard account and divulge information available on it suggesting that Microsoft was actively involved in the email/account monitoring scandal.

As of now the Skype has managed to salvage the damage and restore both the Twitter as well as its blog to pre-hack period.  But this hacking brings Microsoft into the hackers radar.  Microsoft has thus far managed to stay away from the NSA leaks.