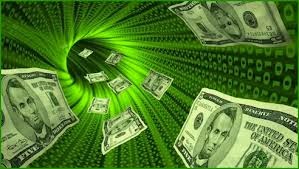 A Russian man is accused creating  a deadly computer virus called “SpyEye” has finally pleaded guilty. This virus has infected more than 14 million computers all over the world. SpyEye is specifically used to steal bank account data and the developer of this Malware has pleaded guilty in US court.

The name of the Accused is “Aleksandr Andreevich Panin” lives in Russia. He is known by his computer user name “harderman”, has pleaded guilty on January 28th to charge of conspiracy to commit bank fraud. He will be sentenced on 29 April 2014.

According to US Prosecutor, Panin was the main developer and distributor of the malware “SpyEye” and this malware has affected 14 million computers, 10,000 Bank accounts at 235 financial institutions.

Panin operated from Russia since 2009, and he use to sell his malware “SpyEye” online for $1000 to $8500. Panin sold this malware to more than 150 cyber criminals. One of the Panin’s client is believed to have stolen $3.2 million during 6 month period using “SpyEye”

In July 2011 FBI agent started contacting Panin online and purchased a version of “SpyEye” from him. Panin was indicted  in Dec 2011 But the US authorities didn’t had information about his real Identity.

According to Ricky Maxwell, Special Agent of FBI”Mr.Panin who is one of the world’s top developer of malicious software is no longer in a position to create computer program that can victimise people around the world”

“SpyEye” is the one of the most dangerous type of malware on Internet which can steal peoples identity and money from their bank account without their knowledge.