TechWorm
Home Security news
Facebook
Twitter
Pinterest
WhatsApp
N.S.A (National Security Agency) is not a new word for today’s netizens. NSA- The agency which is spying all over the world by downloading Million GB data daily via there Spying software has lacked in securing their own secret and confidential files.

Edward Snowden the Whistle Blower has more than a 1.7 million Confidential files of NSA. Everyone was unaware that how a contract guy can access over millions of files from NSA servers. According to Intelligence officers who investigated all the servers where Secret files were stored they noticed that Snowden accessed all this secret files and Documents using  a WEB CRAWLER which is freely available in the internet. 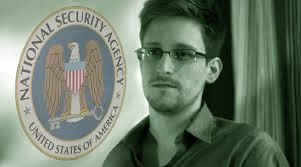 Intelligence officers of NSA further states that Edward Snowden used WEB CRAWLER tool  against NSA’s internal network and he might had used Passwords of his colleagues in order to download every file which was stored on the NSA server.

All this things are really Shocking because NSA who spy all over the world and its job is to protect the nation from various cyber attack, Failed to detect an Inside attacker who used Cheap software to Download all files from the servers.

According to Luke Harding, Author of “The Snowden Files” book. snowden was lucky because to get access to such secret files he needed greater security privileges.