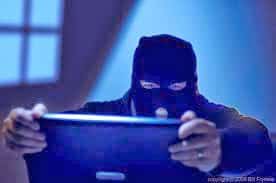 Microsoft today announced a policy change in the matter of snooping on user emails.  It says that it will no longer read user information from Hotmail accounts.  Microsoft was forced to backtrack from its earlier laid policy when it emerged in last week the worlds premier technology company had snooped on a hotmail account of a French blogger who had gotten hold of inside information about Windows software in 2012.

Announcing the policy change today regarding reversing its snooping, Microsoft made a post Technet Blog.  On the one hand it agreed to cease and desist from snooping on email accounts of users, Microsoft also tried to justify its earlier policy of snooping. The blog post says Microsoft was within its legal rights to snoop on the users emails because Microsoft terms of service explicitly grant permission for the company to access or disclose information about a user to protect its “rights or property.”
“Effective immediately, if we receive information indicating that someone is using our services to traffic in stolen intellectual or physical property from Microsoft, we will not inspect a customer’s private content ourselves,” Microsoft general counsel Brad Smith said in a blog post.  He added that, “Instead, we will refer the matter to law enforcement if further action is required.”
Now that the decision has been taken, it will take Microsoft a couple of months to change its terms of service to include this new clause. Smith also said that the Hotmail snoop was necessitated because Microsoft believed someone was “trafficking in stolen Microsoft source code.”
Readers may remember that once the news about the Hotmail snooping scandal broke out, there was a emergent furore among the world denizens over both fair trade practices and online privacy concerns.  Any news concerning privacy violation and any reference to wiretaps or snooping is dissected with a microscope by the netizens especially in view of the damning  Edward Snowden revelations of wire tapping and email/online communication snooping by US intelligence alongwith its global partners.