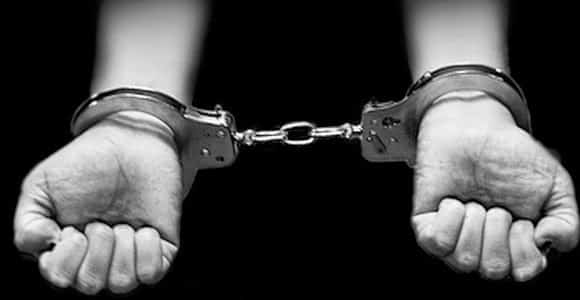 More and more people are either getting indicted or pleading guilty to the cyber crimes they committed. In a latest report, wwo members of an international cybercrime operation have pleaded guilty in federal court in New Jersey to their roles in an identity theft and fraud scheme that attempted to steal at least $15 million from world renowned banks like Citibank, E-Trade and JP Morgan Chase Bank.

The cyber criminals, Robert Dubuc, 40, of Malden, Mass. and Oleg Pidtergerya, 49, of Brooklyn, N.Y. both pleaded guilty to one count of wire fraud conspiracy and one count of conspiracy to commit access device fraud and identity theft.  The judgement in the case will be delivered by the New Jersey Federal court on July 7 for Pidtergerya and July 8 for Dubuc. Both of them were part of cyber criminal gang which schemed to target nearly a dozen multinational banks, brokerage firms, payroll processing companies and government agencies operating in the United States.
The US Department of Justice said that both Dubuc and Pidtergerya were were recruited by a cybercriminal named Oleksiy Sharapka. Sharapka is a 33 year old alleged boss of the cyber crime syndicate operating out of Kiev, Ukraine.  He was being helped by another mastermind of the operation named Leonid Yanovitsky.  They had ganged up for the operation “cash-out” compromised bank accounts and prepaid debit cards opened in the names of the gang members.  Sharapka made Pidtergerya the pit boss of the cash-out gang operating in New York and  Dubuc was made the boss of the cash-out crew in Massachusetts.
As part of this operation, the hackers first gained access to the bank accounts of customers for more than a dozen global financial institutions and businesses, including Citibank, E-Trade and JP Morgan Chase Bank. After obtaining unauthorized access to the accounts these compromised accounts details were handed over to Sharapka and Yanovitsky.  Sharapka then siphoned or stole money from the individual compromised accounts and transferred it to prepaid debit cards and bank accounts of the ‘Cashers’ they employed.    The ‘cashers’ were to then withdraw the stolen funds from the fraudulent accounts through ATM withdrawals and fraudulent purchases in New York, Massachusetts, Illinois and Georgia using the prepaid debit cards.
In their guilty pleas, Pidtergerya and Dubuc admitted they knew about the fraudulent cards and coordinated ATM and bank withdrawals of the stolen funds. In addition, they admitted to sending proceeds of the fraud to Sharapka and Yanovitsky in Ukraine.  As of now both Sharapka and Yanovitsky are on the wanted list of the US Justice Department.
Under the United States laws, wire fraud conspiracy count carries a maximum penalty of 20 years in prison, while the conspiracy to commit access device fraud and identity theft charge carries a maximum sentence of five years in prison in addition to a maximum $250,000 fine.