TechWorm
Home Hacking News
Facebook
Twitter
Pinterest
WhatsApp
Dutch website volkskrant has reported that Dutch hackers have come up a malware to infiltrate and take over Google Glass from a potential victim.  The Google Glass is a wearable computer system with a headset that resembles an ordinary pair of glasses and lets you do your routine work while using it. 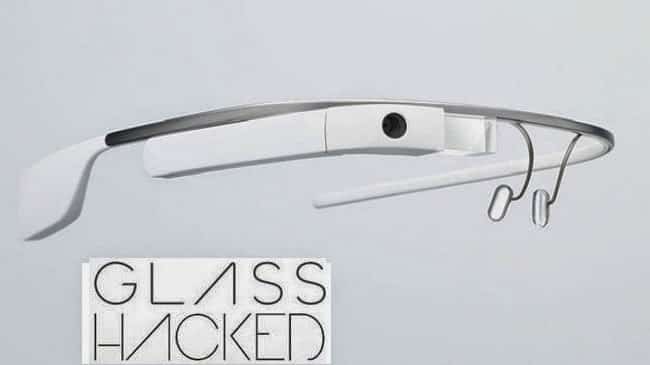 As per the report, hackers can take over the Google Glass by injecting a malware code into the victims Google Glass.  However the malware has to be injected physically by inserting a mini usb into the Google Glass USB port as of now.   Volkrant says that it is relatively easy for someone to borrow the glasses for a few seconds.

This could be done by getting someone to borrow the glasses for a moment – such as a pretty girl in a café, they could then insert a mini usb stick in an guarded moment to insert the code.

By taking over the glasses hackers can then monitor whatever the victim is looking at through a remote computer from a distance. The hackers can also take snaps and shoot videos without the knowledge of the owner.  Volkrant says that a bit of further editing can lead to revealing the victims confidential personal information like email ids, passwords etc.
Volkrant was privy to first hand experience of the malware at work after computer experts from Nijmegen IT company Masc and the accountancy group Deloitte computer security division demonstrated the same.
Volkrant says the malware could be spread through a wifi network or Android App but its too early for that according to the website.
Deloitte’s Thomas Bosboom told the Volkskrant it took a few pizzas and a dozen hackers to develop the scam. ‘We asked ourselves what was the worst case scenario and realised that would be following what the user is looking at,’ he said.
Speaking on the dutch hacking of Google Glass, the Google spokesman told the website paper that “security is an issue with the glasses and that in new versions, the screen will be operated by a code, like smartphones.” “The more feedback we get, the safer we can make the Glass ready for the wider launch later this year,” he said.
Readers may note that the Google Glass has been hacked many times earlier through use of QR codes photographed by a Glass wearer to take over the system while others have exploited vulnerability in the Android software to gain access.