TechWorm
Home Hacking News
Facebook
Twitter
Pinterest
WhatsApp
“Evernote” The Popular note making and archiving service was inaccessible for many of its 100+Million users on Tuesday.

Murmurs of something going wrong hit the social media and forums as users were not able to synchronise their notes.  Some users were worried that they may loose all their EverNotes.

The Company took to Twitter account after hearing a lots of buzz and questions from their users to assuage their fears.

Evernote service is currently unavailable. We are working to resolve the issue. Updates to follow. Thanks for your patience.
— evernote (@evernote) June 10, 2014

However what seemed to a technical problem soon snowballed into a cyber attack on Evernote.  A hour after the above tweet, they confirmed that they were struggling with a distributed denial of service (DDoS) attack

We’re actively working to neutralize a denial of service attack. You may experience problems accessing your Evernote while we resolve this.
— evernote (@evernote) June 10, 2014

A Distributed Denial of Service or (DDoS) attack is an attempt to make a machine or network resource unavailable to its intended users by flooding too much traffic on the server that it fails to cope up with the data requests.

Evernote spokesperson Ronda Scott, told BBC that the denial-of-service attack began at 14:25 PST on Tuesday and had not yet ended.

“We continue to mitigate the effects of the attack, but have successfully returned Evernote to service. As is the nature of DDoS attacks, there was no data loss, and no accounts were compromised.”

The Company was able to resume its service after 4 hours from the start of the attack, however they also informed the users that the service may take 24 hours to completely come back to normal.

Evernote is up and running. There may be a hiccup or two for the next 24 hours. We appreciate your patience.
— evernote (@evernote) June 11, 2014

The DDOS attack  has become more and more common these days for the cyber criminals and hactivists, but what is still unknown is that why the hackers targeted the Evernote.  Was it any kind of dispute between the hackers and the company or was it a competitior’s plan?

Update: The Popular news aggregator application (RSS Reader) “Feedly” was also struck by a similar DDOS attack, and they are working to bring their services back to Normal. 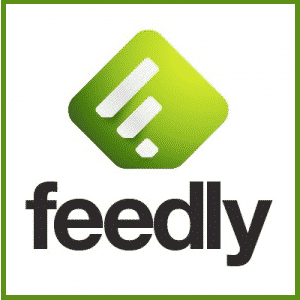 CEO of Feedly, Edwin Khodabakchian said in a blog post that,

Criminals are attacking feedly with a distributed denial of service attack (DDoS). The attacker is trying to extort us money to make it stop. We refused to give in and are working with our network providers to mitigate the attack as best as we can.

The Company is working with law enforcement agencies, and the Network provider to mitigate the attack.

User’s data is safe and they will be soon able to re-access their feedly as soon as the attack is neutralized. said Edwin Khodabakchian.

Looking over the Feedly’s story it is possible that Evernote was also attacked for Ransom.