Tails or The Amnesic Incognito Live System is a security-focused Debian-based Linux distribution aimed at preserving privacy and anonymity.

The hacked website https://tails.boum.org/index.en.html was showing a short message on its homepage, which said that the hacker accidentally hacked into the admin’s account and changed the homepage content not knowing that the change was permanent, he said he was sorry for that and he hoped that the admins have a backup to restore the website.

The website has since been restored and is now back to normal,  however it is still not known if all the backdoors including the one this hacker used, have been closed or not. 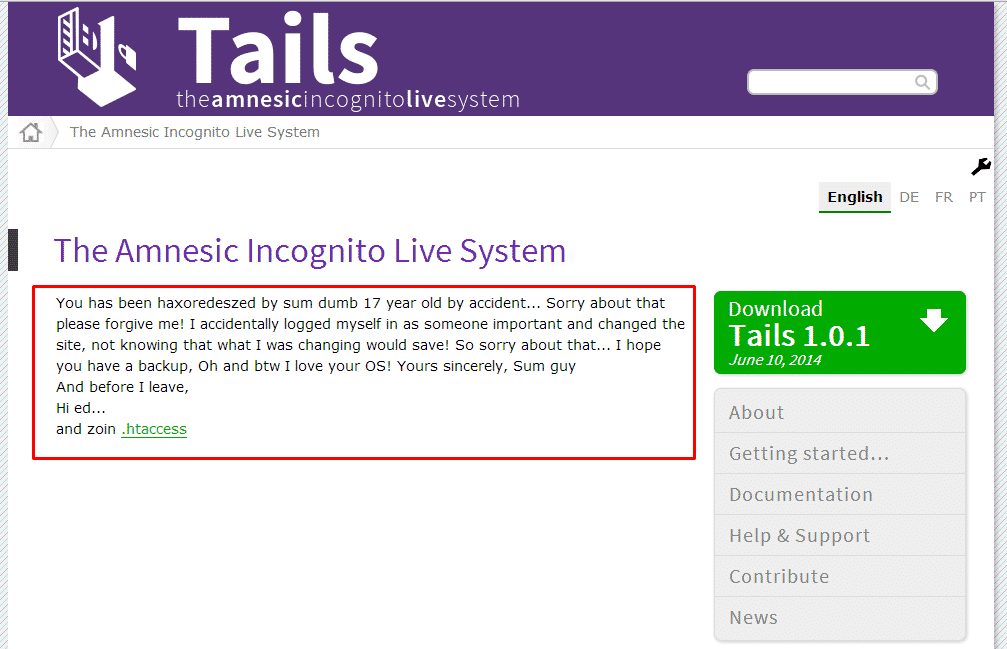 Prima facie, the  hack appeared to be more planned caper and less accidental as the hacker claimed in the message.  It is thought that hack may have been carried out  for the LULZ. since the hacker also added the link to the .htcaccess of the website. (A .htaccess  file is a directory-level configuration file supported by several web servers, that allows for decentralized management of web server configuration.).

“Tails” have not yet commented over the attack, nor have any hacker or hacker groups taken the responsibility of the hack.

Techworm is on the story and will update you with more information as soon as we get more details on the hack.