TechWorm
Home Hacking News
Facebook
Twitter
Pinterest
WhatsApp
Sir Ian Botham, the cricketing legend had a shock of a lifetime today when his followers informed him about a NSFW image posted on his Twitter account.  The hacker managed to post a image which can be seen here on Graham Cluleys website(edited version). 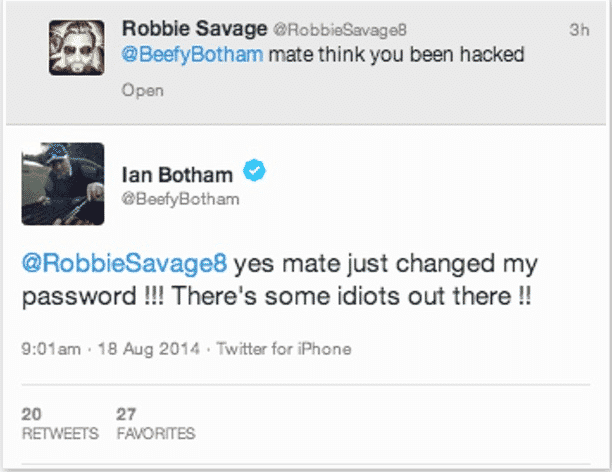 Other than that there was no damage caused and the account has since been restored.  The effect of the hacking has caused Sir Ian Botham to be among the top Twitter trends  in the United Kingdom 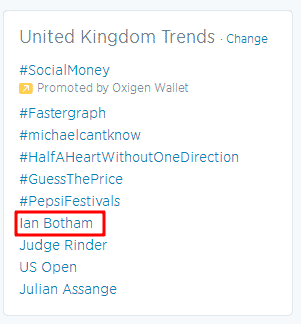 In addition, Botham himself tweeted to have received around 700 hits in 25 minutes.