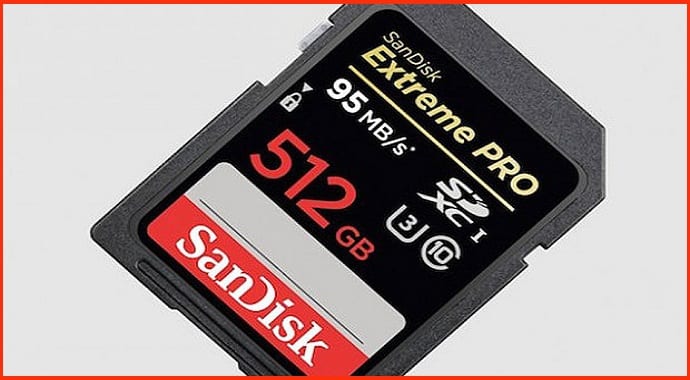 SanDisk Corporation, which develops and manufactures flash memory storage solutions and software has launched its 512GB SD Card which is presently the world’s biggest SD Card in terms of capacity.

The Company announced the launch of its new Extreme PRO SDXC UHS-I memory card this thursday. The Card can hold upto 512 GB and is designed to meet the demands of industry professionals who require the most advanced gear available for shooting 4K Ultra High Definition (3840x2160p) video, Full HD video (1920×1080)1 and high-speed burst mode photography.

The launch of this tiny SD memory demon is almost a decade after the SanDisk’s first 512MB SD card in 2003, which sets up a milestone for the company as it represents 1,000-fold capacity increase in just over a decade.

SanDisk Extreme PRO SDXC UHS-I memory card is priced at $799, which sounds worthy if we look at its capabilities.

If the price seems to much, the Company has also announced small variants in the same product line including the 128GB card for $190 and the 256 version for $360