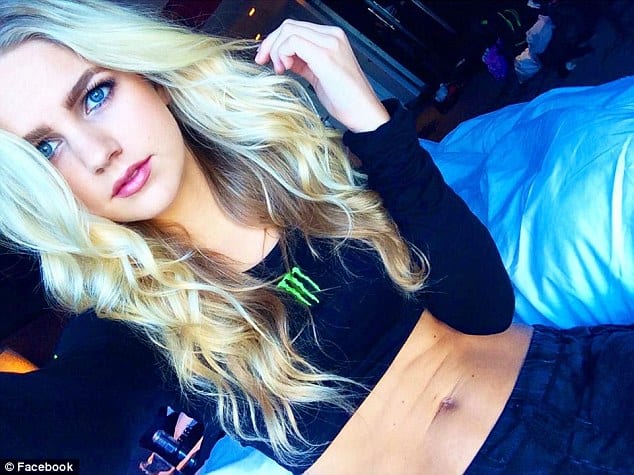 One of the alleged victims of the now famous iCloud Hacks, Madison Louch says she realized on Sept. 7 that she was locked out of her Apple iCloud account. Later that day she got a call from a self claiming hacker who bragged he hacked her account. He told her he was “notorious” for hacking into the accounts of celebs and posting their NSFW photos online.

The hacker claimed that he/she had obtained personal NSFW photographs of the Californian model through Apple’s iCloud and gave her two choices: pay up $900.00 or have your private photos distributed to the world.

The iCloud Hacks first surfaced on 31st August on the 4Chan image boarding site and later on Reddit forum.  Madison panicked at the thought of her images being leaked. The hacker ordered her to deposit the money in a brown Trader Joe’s bag in a planter located at a building on Fairfax Ave in Hollywood.

Realising that she may be swindled, she called up Los Angeles Police Department (LAPD).  The LAPD then set up a sting operation at the place the hacker asked for the ransom drop off with her active co-operation.

At the given drop off moment a woman arrived at the location at the exact time. LAPD officials arrested her.  The women later identified as Jamie Munoz told cops she was just a courier for the hacker. She told the officials that a guy named Nicholas Douglas from Vancouver had given her this assignment.  When asked about her involvement in the iCloud Hacks, Munoz said she knew about the leaks but wasnt part of the plot.

Munoz ended up pleading guilty to attempted extortion and got 3 years probation and community service .  The law enforcement agencies together with FBI are on a lookout for one Nicholas Douglas from Vancouver.  If they find him and he is who he claims, the FBI would be solving the most scandalous leak to hit Hollywood.