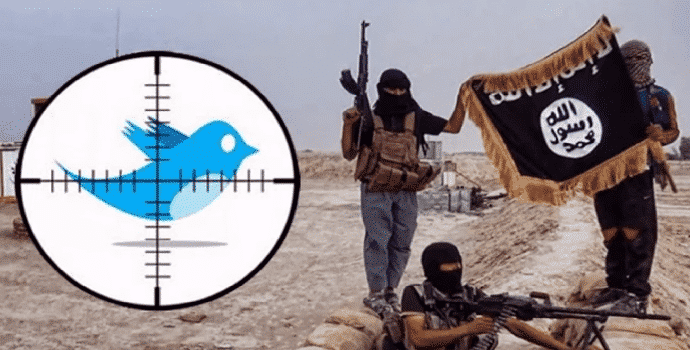 Every technological innovation has two aspects, a good side and a bad aspect.  Twitter too has many good sides to jot down over in this post but the one of the bad features is that it is used by many fundamentalists outfits to spread their malaise in the civil society by tweeting their deeds and messages.  Twitter has been taking down such accounts which they deem as dangerous to the society but the cost for Twitter seems to be too high – death threats to its employees.

Twitter CEO Dick Costolo has admitted that the Islamic State (IS) terrorist group threatened to kill his employees after their Twitter accounts were deleted. Speaking at the Vanity Fair New Establishment Summit in San Francisco this week, Costolo said that after Twitter started deleting accounts of IS members, he and his employees received assassination calls.

“After suspending their (IS) accounts, some folks affiliated with the organisation used Twitter to declare that the employees of Twitter and the management of Twitter should be assassinated,” Costolo said.

“That is a jarring thing for anyone to have to deal with and I have spent a lot of time talking to the company about it,” Costolo was quoted as saying in a report on the CNET website.

ISIS, ISIL, Da’esh, Daaish or IS

Like most fundamentalist outfits, IS and its old avatar ISIS has been using Twitter to communicate, publicise and spread its message of hatred.   In fact IS had  been “using Twitter quite effectively” to communicate and spread its message and was stopped in the tracks by Twitter. Twitter has responded by removing the group’s accounts, citing such accounts as violations of the company’s terms of service.

Malala Yousafzai is a 17 year Pakistani citizen now residing in United Kingdom due to death threats from the Pakistan Taliban When Malala Yousafzai became the youngest person in history to be awarded the Nobel Peace Prize on Friday, she was no doubt inundated with notes on congratulations from around the world but there were death threats as well.

A breakaway faction of Pakistan Taliban, whose militants had pumped bullets into her two years ago, has criticized the choice of Malala Yousafzai for the 2014 Nobel Peace prize, calling her “an agent of non-believers”. He referenced the term ‘kuffars’ in his tweet, a provocative Islamic slur meaning non-believers and infidels. Taliban spokespeople have criticised Malala Yousafzai as being a puppet of Western cultural imperialism and being inherently “un-Islamic”

Jamaat-ul-Ahrar, which had separated from Tehreek-e-Taliban Pakistan (TTP) in August, posted on Twitter last night that Malala was being used by non-believers for propaganda.  “Malala speaks so much against guns and armed conflicts. Does she not know that founder of her recent Nobel award was the inventor of explosives,” tweeted militant outfit spokesman Ehsanullah Ehsan.

All in all Twitter seems to have become a new platform and battleground for the Jehadi outfits around the world.