Honda’s verified Twitter handle has been hacked by a hacker named #Skeletor and he/she has been making kind of funny tweets from the hacked account with the hashtag #Skeletakeover.  Other than the tweets and the description the hacker has put on the Twitter nothing much is known about who, why or how Honda’s Twitter handle was hacked.

The description of Skeletor is given by the hacker as follows :

It is I, Skeletor! Master of the Universe, Internet, and now Honda’s Twitter Account! Prepare to experience my evil in 140 characters or less!! Muahaha!!! 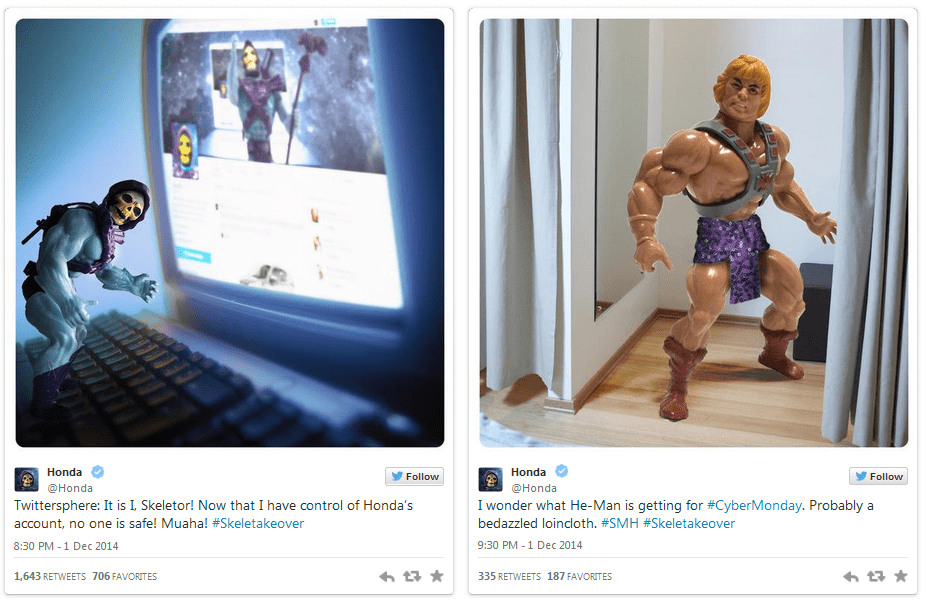 You can head over to Honda’s Twitter handle here to check the hackers hilarious tweets.

Update: It seems that this was part of a promotional campaign that Honda in undertaking in the United States!!! Proof that Honda owned the internet yesterday.

And we’re back! Skeletor has returned to Eternia and sanity has officially been restored. #Skeletakeover is over! #Finally