Sony Pictures has stated that it would distribute “The Interview” online beginning Wednesday through a dedicated website called seetheinterview.com as well as on YouTube, Google Play and Xbox Video. services.

After the Sony flip flop over the release of ‘The Interview’ Sony has stated that the movie will be available from Google’s Play Store and YouTube site, as well as Microsoft’s Xbox Video online store.

Sony has also set up a special website for screening the film called seetheinterview.com. The website is showing 48 hours to the show and offering the movie at $5.99 rental for 48 hours. 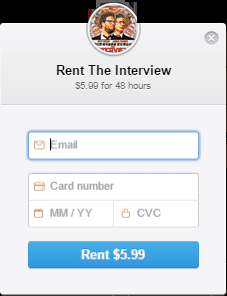 The film will be available online beginning at 10 a.m. PST Wednesday. It will cost $14.99 to buy which is the standard price for renting out movies after their theatrical release. 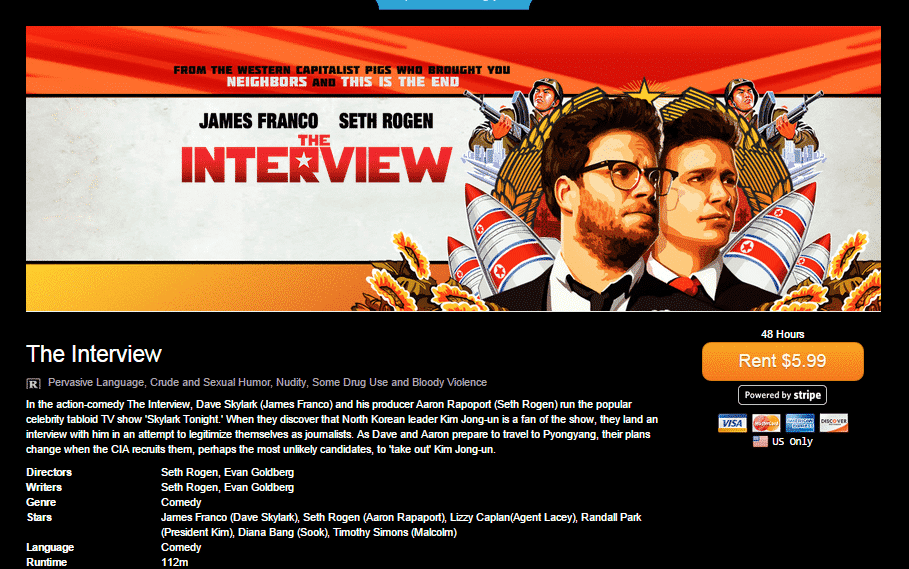 Sony Pictures had withdrawn the movie from theatrical release after the #GOP Guardians of Peace had warned a ‘9/11 style attacks.’ Many citizens including President Obama had panned Sony for bowing down to the hackers pressure.

Sony hasn’t made deals to offer “The Interview” on the two largest Internet video-on-demand platforms, Apple Inc.’s iTunes Store or Amazon’s Instant Video, or with any major cable providers.