All Verizon Android phones shipping with DT Ignite bloatware that allows OEM’s backdoor to install any App without your permission.

Bloatware or unnecessary Apps which come pre-installed with any Android device are both a headache and data/memory guzzlers.  But what if this pre-installed bloatware is allowing someone to install any godforesaken App on your Android device without your explicit permission?  This is exactly what was pointed out by a Redditor, Chilangosta on this Reddit thread.

As per Chilangosta and several Redditors, the DT Ignite App comes pre-installed with all the Verizon Android smartphones and tablets.  This DT Ignite is apparently a bloatware but the permission it seeks from Android users is bizarre.  Chilangosta posted a image of the permissions taken by DT Ignite, which is given below : 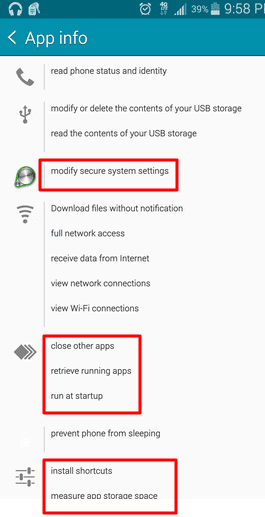 As you can see Chilangosta has rightly pointed out that this App can in turn install App without the Verizon Android owner’s permission.  DT Ignite is a App from Digital Turbines which claims it for performance enhancement, which it apparently does not appear to be doing.   Forbes puts this fact across rather subtly,

The fact that bloatware was a notorious failure doesn’t mean that everyone’s been paying attention, of course. A company called Digital Turbine has a new service – called Ignite — for Android handsets that allows a carrier to install apps on customers’ smartphones “for more advertising revenue” whenever it wishes. In other words, carriers can now push garbage apps onto their users handsets to make a few bucks here and there whether the user wants it or not, and it seems as if the practice is perfectly legal.

Other than being a bloatware and a backdoor for the carriers to install other App, DT Ignite also happens to be a big data guzzler.  Chilangosta who made the original post says that he never installed it and it has consumed 69MB worth of expensive data at his expense.

Another redditor, who uses a Verizon contract Samsung Galaxy S4 mentioned that his App had run 1.2GB and it could cost him around 500€.

The thread gives several remedies for removing this App.  One of the best methods is to disable this App, however, do remember that every time you restart your smartphone DT Ignite will start up as it has that permission.  Easiest method would be to root your Android smartphone and tablet.  This would remove not only DT Ignite but also all other bloatwares being shipped by carriers for some pocket money.

Verizon, which has recently got quite a stick from its users for tracking all its user through HTTP headers without permission will now have to face a new storm.

Another Redditor has given a piece of advice for all Verizon users which is reproduced below :

To follow his advice you can visit BBB here and FCC here.