China has been blocking VPN services after censorship upgradation 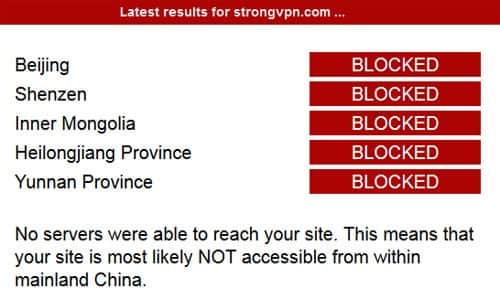 had been disrupted as a result of the widespread crackdown and users are facing a harder time getting to some foreign websites.

VPNs work by establishing an encrypted pipe between a computer or smartphone and a server in a foreign country. All communications are sent inside the pipe, effectively shielding Internet traffic from government filters that determine whether a site can be accessed. Chinese citizens use VPN to get to external news sources and for day-to-day communications.

The VPN provider Golden Frog wrote on its blog that the controls have hit a wide most of the VPN services. The 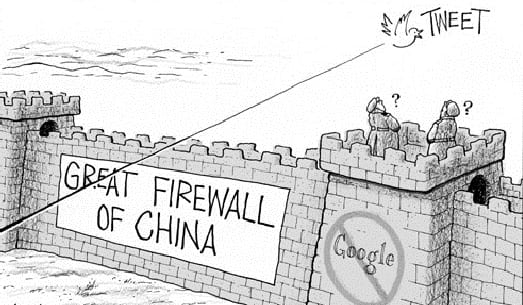 popular provider Astrill informed its users this week that the controls have started hitting iPhone access to services such as Gmail.

“The Chinese government has attempted to block the use of VPNs that its citizens use to escape the Great Firewall for a couple years,” wrote Golden Frog President Sunday Yokubaitis in a statement. “This week’s attack on VPNs that affected us and other VPN providers is more sophisticated than what we’ve seen in the past.”

So this why my China VPN hasn't been working on IOS. Message from @astrill pic.twitter.com/voEohiX6Q3

China said that it is “upgrading” its Internet censorship to disrupt VPN services inside the nation of 1.3 billion people, Global Times reported.

China-based entrepreneur Richard Robinson said the controls have mostly affected the small- and medium-sized foreign companies that depend on VPNs. Many larger companies can afford direct connections to servers outside the country but the small and medium company totally depend on VPN services, which have been greatly affected China’s upgradation of Internet censorship.

Xiao Qiang, an adjunct professor with UC Berkeley’s School of Information, said that “The crackdown comes during sensitive political times when President Xi Jinping’s government prosecutes top officials accused of corruption. Xiao also said in a blog that “We all know that China is in the middle of a very ferocious power struggle or political cleansing under the name of an anti-corruption campaign,” . He further added by saying that “ the controls hurt businesses that depend on online information and tools”.

China has overall 600 million Internet users and all of them are governed by the Great Firewall, an elaborate censorship system that proscribes certain topics from domestic websites and filters out overseas sites carrying reports the Chinese government doesn’t want its citizens to read.

“We wouldn’t go so far to say that the authorities don’t want foreigners in China, but we do believe that the increased censorship of the Chinese internet is building a lot of new barriers — it’s now not just about blocking access to information,” Charlie Smith, the pseudonym of one founder at censorship monitoring site Great Fire, told TechCrunch. He further concluded that “Censorship has suddenly become a serious business issue. When domestic and foreign companies cannot use the internet for basic business operations, it presents a real economic hurdle.”

The list of blocked sites changes all the time but includes major news sites such as the BBC, social media sites including Twitter and Facebook, and sites such as WordPress, Google Maps and Bing. Recently, access to Gmail was also blocked—something that brought a lot of inconvenience to foreigners living in the country and caused many to increase their reliance on VPNs. it has getting very difficult for chinese multinational companies for cross country communications day by day.