In addition to stickers inside Messenger, Comments, Groups and the latest addition of Rooms, Facebook has yet again  launched another surprising App called Facebook Lite, which can be called as a simplified version of its mobile website from 2009-2010, which is specifically designed for lower end Android devices available in markets.

TechCrunch says that the App was launched in a certain handful of countries in Asia and Africa including Bangladesh, Nepal, Nigeria, South Africa, Sudan, Sri Lanka, Vietnam and Zimbabwe where the App is being tested for further upgradation and bug fixing.

A report by TechCrunch says that the App has been built to accommodate lower end and Android devices. The Facebook Lite will be packed in just 252KB file size so that any lower end Android phone can run it smoothly. The App will prove beneficial in areas with 2G and poor quality internet connections. Facebook Lite will have some of the features of Facebook like push notifications and camera integration.

As smartphone sales are rising by the day in emerging markets, the company wants to offer a flawless experience to users no matter which handset they are using. For the past few years ,smartphone sales are increasing in India, which was is the fastest growing market in Asia Pacific in 2014, while there’s huge potential in Africa and Southeast Asia where mobile will be the primary internet platform for millions. Even though Facebook retooled its Android app specifically for emerging markets last year, it is making sure that it offers a good experience to any user not matter their device or network connection. Android is the platform of choice for most smartphone owners in emerging markets since such smartphones cost a little bit over  $30. 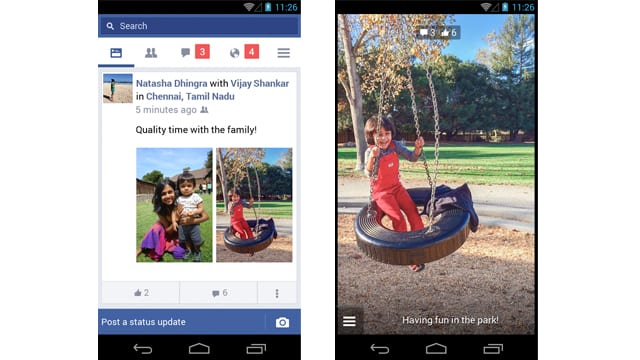 Facebook already has its Internet.org project, which provides free access to a various range of mobile internet services is currently limited to a selected countries in Africa at this point and, since it is being developed in partnership with carriers and other telecom industry players, however such launches are both time and resource intensive, so why not put together a ‘Lite’ app that can potentially push the Facebook subscriber base up by millions overnight seems to be the thinking of Facebook boardroom.

You will be surprised if you’re in one of the mentioned eight countries where Facebook Lite has launched then you can check it out here.

The early signs have give Mark Zuckerberg owned company a very positive feedback from the users and they seemed quite impressed with the App. Statistically, the app has already crossed 10,000 downloads at the time of writing, since it was launched with a overwhelming 4.6 rating from an initial 693 reviewers.

A report suggests that India’s mobile Facebook users will surpass US user-base by 2017. According to a report by market research firm eMarketer, nearly 1 billion users worldwide will access the popular social network through their mobile phones at least once each month in 2015.

Recently, Facebook announced that growing Internet penetration and a large youth population has helped it expand its user base in India to 112 million, which is the largest after the United States. Of the 112 million users in India, more than 99 million users are using the platform on their mobile phones at least once a month.

Facebook Lite will be of great help to the large expanse of people staying in poorly connected villages in the countries named above.