Hackers going by the handle of Fallaga Team have had hacked the Notepad++ organisation’s website for releasing a special Je Suis Charlie edition commemorating the brutal slaying of 12 people at Charlie Hebdo office in Paris recently.

Hi NOTEPAD++, Today is your turn.
So you are “CHARLIE” !
Because the last notepad++ version (6.7.4) named “JE SUIS CHARLIE” !
So you think that Islam is terrorist !
Will i’m here to show you who is the real terrorist ?

Israel, Of course, all of you have heard about what’s happening now there !
I’m going to let you make a search about it, (???????)
Look for it in Arabic because in English is your ideas -Fake ones-

The Notepad++ website was apparently hacked for publishing a special Je Suis Charlie edition on its website, the image of which is given below : 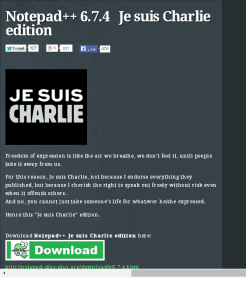 The group which had hacked the Note Plus Plus website has a full fledged Facebook page called OpFrance and seems to have been launched with the sole purpose of hacking and defacing French websites. 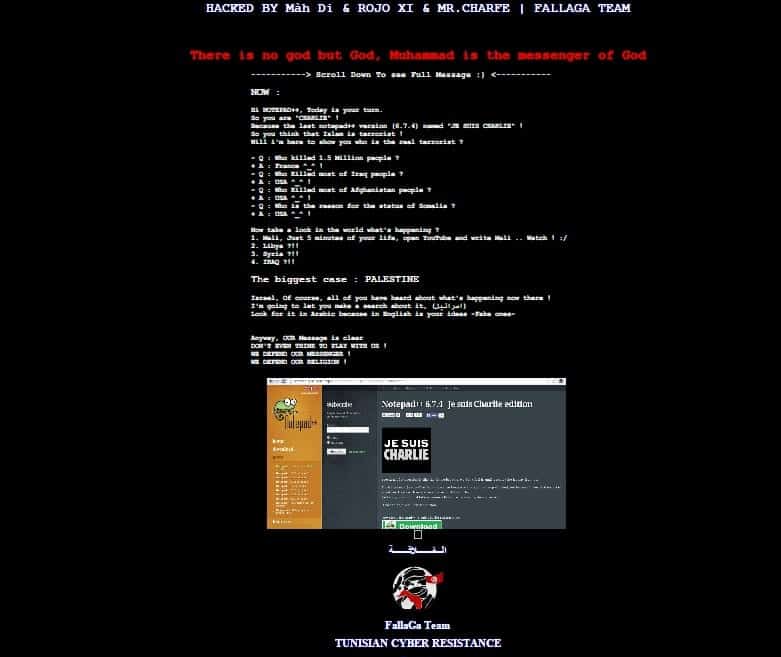 The defaced page can be seen on archive.org website here.