Xiaomi, the fourth largest Smartphone maker in the world on Thursday launched a smaller version of its Mi Box set-top box, an Android TV-like device that can play games at a cost of $30, which is cheaper than Google’s Chromecast ($35) and the Roku Stick ($50).

The Mi Box Mini set-top box is a compact device with a size similar to a smartphone’s USB charger. It runs on Andriod  4.4.2 KitKat OS and supports Dolby DTS audio and 1080p output to TVs. It also includes Bluetooth remote and is available in different colors. Unlike the other set top boxes, the Mi Box Mini features an Apple TV-styled design with its square-shaped rounded at corners. It doesn’t have a USB port or support of external microSD card slot. 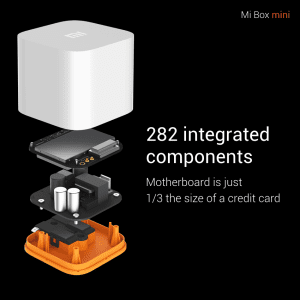 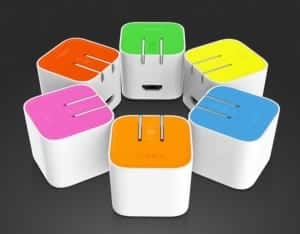 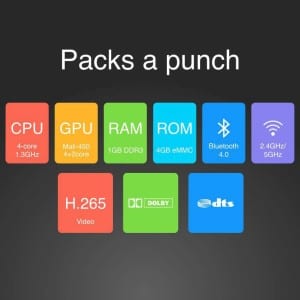 The Mi Box Mini has a quad-core MediaTek Cortex-A7 processor clocked at 1.3GHz. Other features include 1GB of RAM, 4GB of built-in storage, dual-band Wi-Fi, Bluetooth 4.0, and DTS 2.0 with Dolby Digital Plus.

The most attractive and incredible its price of about $30 which will help people find anything from media solutions to terrestrial and cable TV. Its mini and compact size also makes it much attractive. It is similar to a phone charger and you can even carry it in your pocket.