ALASA paves the way for much cheaper, faster and easier small-satellite launches

After the success of DARPA’s Airborne Launch Assist Space Access module (ALASA) program, the agency is looking to build some new sophisticated concepts to get the tiny satellites into orbits with much ease.

Bradford Tousley, an executive of DARPA’s Tactical Technology Office, provided an update on ALASA  at 18th Annual Federal Aviation Administration (FAA)’s Commercial Space Transportation Conference in Washington, D.C. Tousley discussed several pivotal accomplishments  and challenges which the company had to face to make the module up to date, including its Phase 1 design, preference for Boeing as primary executive for Phase 2 of a program, that includes conducting 12 orbital exam launches of an integrated antecedent system. 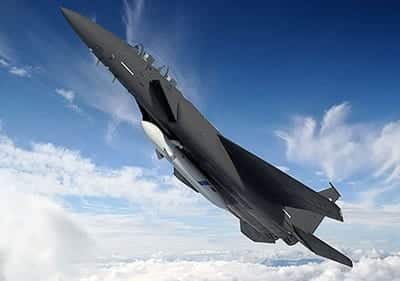 Seeing to the tough competition in market Tousley commented that “ALASA’s ambitious goal of propelling 100 pound satellites into low Earth orbit (LEO) within 24 hours of call-up, all for less than $1 million per launch has been met to a much great extent.”  He further said that “the agency  is filled with full energy and  is stepping  ahead with rigorous testing of new technologies so that it can bring a revolutionary satellite launch systems that provide more affordable, routine and reliable access to space.”

Launching of satellites in space need scheduling sometimes upto a year before the launch actually takes place. The agency has to prepare all the necessary data and details that is associated with the satellite launch as well as the launch location. However the slow process and costly routine is hampering in fixing essential space resources in orbit. The program ALASA is a new rising technology that has brought a low-cost, essential launch car from required aircraft.

“ALASA is a new program and it seeks to overcome a stipulation series of launch systems by streamlining pattern and production and leveraging a coherence and re-usability of an air-launched system,” pronounced Mitchell Burnside Clapp, DARPA module manager for ALASA. He further added to the row by commenting that “We envision an alternative to ride-sharing for satellites that enables satellite owners to launch payloads from any location any schedule into orbits of their choice, on a launch vehicle designed specifically for small payloads.”

After the successful completion of ALASA 1st phase design, yielding to three different and distinct system designs. DARPA awarded Boeing the prime contract for Phase 2 of ALASA in March 2014.

Due to the tough logistics challenge of cost reduction per flight to $1 million, DARPA attacked the cost equation on multiple fronts. The Phase 2 design incorporates commercial-grade avionics and advanced composite structures. Looking into the challenge ALASA seeks to implement a new highly advanced technology of high-energy monopropellant, which aims to combine fuel and oxidizer into a single liquid. If successful, the monopropellant would enable simpler designs and reduced manufacturing and operation costs compared to traditional designs that use two liquids, such as liquid hydrogen and liquid oxygen.

The agency is also looking into the matter to reduce the infrastructure costs further, by using runways instead of fixed vertical launch sites, automating operations and avoiding unnecessary services. The 1st phase of the program ended with a major breakthrough on three advancing technologies.

Firstly, is the Mission-planning software that would streamline the current processes for satellite launch. Secondly, Space-based telemetry that would use existing satellites instead of ground-based facilities to monitor the ALASA vehicle. Lastly, Automatic flight-termination systems that would assess real-time conditions during flight and end it if necessary

The remaining successful tests include tests of new monopropellant, the program plan to test the integrated ALASA prototype system. Currently, DARPA plans to conduct the first ALASA flight demonstration test in late 2015 and the first orbital launch test in the first half of 2016. Depending on test results, the program would conduct up to 11 further demonstration launches through summer 2016.

DARPA has planned to achieve these capabilities in Phase 2 and once they’re sufficiently developed and implemented, it will bring a major revolution in the upcoming future both for government and commercial space community.

If successful, ALASA would provide convenient, cost-effective launch capabilities for the growing government and commercial markets for small satellites. “Small satellites in the ALASA payload class represent the fastest-growing segment of the space launch market, and DARPA expects this growth trend to continue as small satellites become increasingly more capable,” Burnside Clapp said. “The small-satellite community is excited about having dedicated launch opportunities, and there should be no difficulty finding useful payloads.”