Earlier the data which was transferred to our computer was not accurate and had drops while travelling a long way to its final destination that is you.  The data which travelled in the form of light has certain drops in midway due to various reasons. Now, researcher believe it’s all over.

How would it sound if we take the light all the way to the computer or TV, projecting it through the air over the last few meters and only converting it to an electronic signal at the end? That sounds amazing isn’t. The researches at Oxford University is  working on the similar technique with a system that takes light from the fiber, amplifies it, and beams it across a room to deliver data at more than 100 gigabits per second.

Ariel Gomez, a Ph.D. student in photonics at Oxford University who describes the system in IEEE Photonics Technology Letters says that such indoor optical wireless probably wouldn’t replace Wi-Fi, but if compared with data rates of 3 terabits per second and up, it’s certainly amazing and could find its uses. Wi-Fi, by contrast, can give a maximum top speed of about 7 Gb/s. And with light, there’s no worry about sticking to a limited set of radio frequencies. “If you’re in the optical window, you have virtually unlimited bandwidth and unlicensed spectrum,” Gomez says.

So to use this feature, you need to install a base station on the ceiling of a room, which would project the light toward the computer and also receive data heading out from the computer to the Internet.

The transceivers should be mounted with a wide field of view to make the alignment task easier, because the device relies on wavelength division multiplexing, which splits the signal into slightly different colours of light.  Just like a prism, which diffracts the light into several colours, the diffraction grating of the beam steerer bends each wavelength a different amount. With a 60° field of view, the team was able to transmit six different wavelengths, each at 37.4 Gb/s, for an aggregate bandwidth of 224 Gb/s. With a 36° field of view, they managed only three channels, for 112 Gb/s. 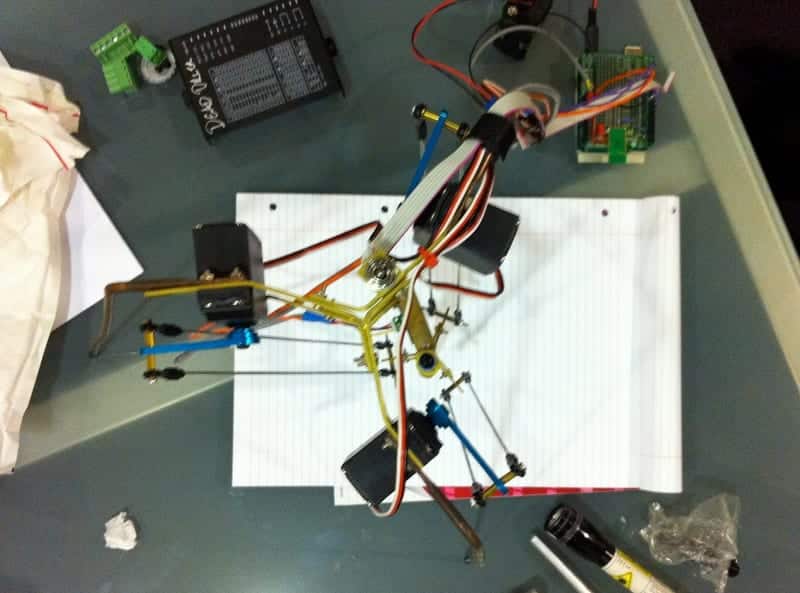 The system requires a direct line of sight, and for now the receiver must be in a fixed position. The next step is to develop a tracking and location system so that a user could place a laptop at a random spot on a table and have the system find it and create a link.

The team which is working on this technology also included researchers from University College, London, accomplished this using so-called holographic beam steering at both the transmitter and receiver ends. These use an array of liquid crystals to create a programmable diffraction grating that reflects the light in the desired direction. The device is similar to that used in projectors, says Dominic O’Brien, a photonics engineer at Oxford who directed the work.

Brien is a member of the Ultra-Parallel Visible Light Communications project, with colleagues at the Universities of Edinburgh, Strathclyde, St. Andrews, and Cambridge.  Among several goals one of their goals is to develop LiFi, which uses the light that’s also illuminating a room as a way to send data signals. He says LiFi usually refers to schemes based on visible wavelengths of light, whereas this system relies on infrared light at 1550 nm, which is used in telecommunications.

All these technologies—Wi-Fi, Li-Fi, optical wireless—may wind up being part of how people link devices to the Internet. There is no limitations in the field of technology and today or some other day the most advanced and reliable technology has to come and replace all others. The fact that remains is the time which the technology would take to develop.