Made in Mind’s Mu System, the worlds slimmest international chargers for all types of smartphones and USB to come soon after successful Indiegogo campaign

“Made in Mind” has come up with the world’s thinnest charger “Mu System” which the company says, is a “all in one solution” for your charging needs.

Made in Mind is an UK based firm, well know for its innovation of “Folding charger” for which it has won awards. Made in Mind was truly emerged from the minds of two geniuses Min-Kyu Choi and Matthew Judkins. Mu Classic, the first of its kind, foldable charger prototype was launched in 2012 and since then they have introduced the Mu Duo, Mu Tablet in 2014 and now in 2015 it is “Mu System”.

Now, this firm has truly worked towards an efficient product Mu System, which is light in weight, sleek designed and slim charger with a thickness about 14 mm and an “auto detect chip” which adapts to any smart phones, Tablets, Android phone devices, iPod, iPhones, MP3 and even to the smallest USB charged devices in the world. Easily adaptable by all the well know brands like Samsung, HTC, LG to name a few. So it can be used by a traveler whenever moving from one country to the other. It is also very useful for day to day activities. So truly an all in one awesome product.

These 4 types of interchangeable plug ins are as follows:

For people who do not travel, the Mu System also provides a single plug head unit as per the country where the user stays.

All in all this is a simple, practical, most beautiful and the thinnest world wide usable charger ever made till date as described by Matthew Judkins. Made in Mind has the designs in place and manufacturing is ready to go however the firm needed more funds for some of the interchangeable tools and hence it has joined successfully hands with the with Indiegogo for “crowd funding” and hopes that other businesses would soon join Made in Mind to make the project a huge success. 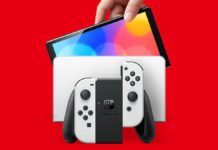