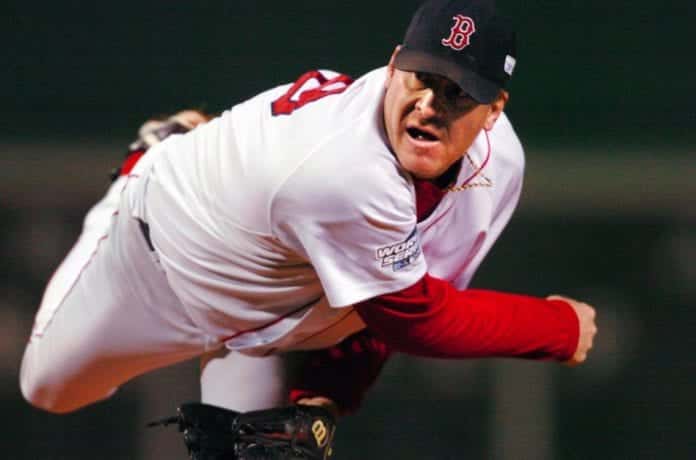 They say nothing more fierce than a fathers wrath and Curt Schilling proved it to a bunch of Twitter trolls.

Former American Major League Baseball right-handed Red Sox pitcher Curt Schilling who is a World Series MVP proved that he can be handful to the Twitter trolls who used his proud fatherly tweet to troll his 17 year old daughter with explicit and voilent tweets.

It all started with a simple tweet from Curt congratulating his daughter Gabriella Schilling aka Gabby on her acceptance to Rhode Island college Salve Regina University, where she’ll play softball.

Congrats to Gabby Schilling who will pitch for the Salve Regina Seahawks next year!!

This innocent tweet invited lot of attention among Curt’s fans and friends but also attracted a lot of Twitter trolls who descended on Gabby’s Twitter with not so friendly posts and images.

It also caused as many as nine Twitter trolls to pay a price for trolling Gabby. They were either kicked off from their athletic teams or lost their jobs because of vigilant dad, Curt.

“As a father, besides providing for my family, what other job do I have? Loving my kids and protecting my family,” Schilling told the Daily News Monday night. He said he is aware of nine trolls who lost their jobs or got kicked off athletic teams — “and we’re not done.”

The proud and protective father also made a post on his blog, 38 Pitches titled Is it Twitters fault to convey his unhappiness at the behaviour of the trolls following his innocent tweet, “Lost in all of this is, my daughter is 17. She’s a minor. And these guys are all adults. I’m pursuing legal recourse on a couple of them because they broke the law. What they did can have them labeled as a offender for the rest of their lives,” he stated.

About the trolls losing their jobs or their place in the athletic team, he said,  “The boys that have gotten bad fallout from this. Do I feel bad? No. Do I sympathize? No. Whatever is their result is 100% on them. No one asked them to do it, no one forced them to do it, they made explicitly aggressive and sexually explicit comments at and to my 17 year old daughter and even when given a chance (which I did in every instance) to back off and move on, they did not.”

One Twitter user, identified by Schilling as recent Montclair (N.J.) State University graduate Sean MacDonald, was fired by the Yankees as a part-time ticket seller Monday, after the team learned of his offensive posts.

“There is no place for anything like this and the Yankees have zero tolerance for anything of this nature,” Jason Zillo, the Yankees’ executive director of communications, told the Daily News Monday, referring to MacDonald’s firing. “He is no longer with us.”

-Curt also traced down another Twitter user through the comments and the effect was the same. Brookdale Community College student Adam Nagel was summarily suspended. “The student has been summarily suspended and will be scheduled for a conduct hearing where further disciplinary action will be taken,” said Avis McMillon, a spokeswoman for the New Jersey school.

Both MacDonald’s and Nagel’s Twitter accounts have been deactivated as of now.

That’s what we call a fathers revenge.