A routing leak caused Google users to suffer accessing its services throughout the day today. Even now, Google services such as Google search and Gmail don’t appear to be working for people in countries including the UK, Netherlands, Iceland, and India, while users in other countries informed that all Google services. 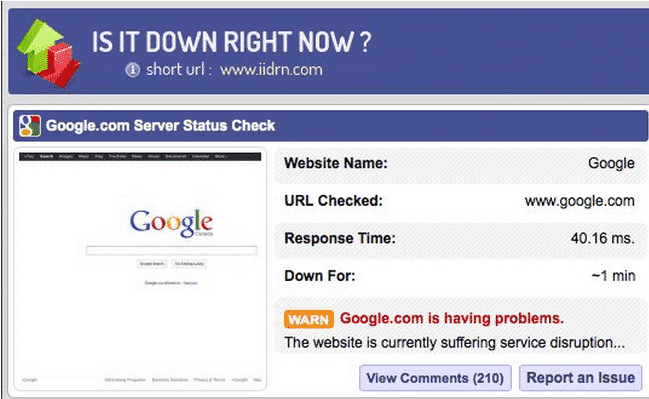 Lots of people are reporting on Twitter that they are experiencing issues with Google services.

Google goes down too? How refreshing! #googledown

Are you having trouble with @Google at the moment? You're not alone! Server problems worldwide due to Indian ISP routing error. #GoogleDown

This day has come. It's a moment to take a deep breath… & realize we are lost without @google #Googledown pic.twitter.com/FbZuZQPkGQ

The glitch occurred due to a ‘routing leak’ as per Doug Madory of Dyn Research. He states in a blog post that the routing leak occurred from an Indian broadband Internet provider which caused Google services to go down.

Routing leaks occur when a network provider broadcasts all or part of its internal routing table to one or more peered networks via the Border Gateway Protocol, causing network traffic to be routed incorrectly.

According to Dyn Research, an Indian ISP Hathway’s  boundary router incorrectly announced routing data for over 300 network prefixes belonging to Google to the Internet backbone via its provider Bharti Airtel.

This caused the supposed routing leak which in turn took down Google and its allied services all over the world.

The leak is similar to a 2012 incident caused by an Indonesian ISP, which took Google offline for 30 minutes worldwide.