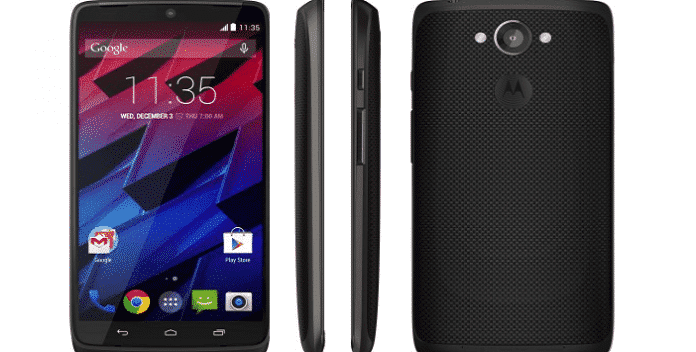 Motorola’s Moto Turbo flagship smartphone to be available in India for Rs 41,999.oo

The Moto Turbo will sport a 5.2-inch Quad HD, 1440x2560p display with Corning Gorilla Glass 3 protection and give a resolution of 565ppi . Moto Turbo will be powered by a 2.7GHz Snapdragon 800 quad-core processor and 3GB RAM and it will come with a 64GB internal storage. Motorola said that Moto Turbo is designed with ballistic nylon which is being used for the first time for smartphones.

It features a 21MP rear-facing camera with an aperture of f/2.0, and a 2MP front-facing camera for selfies and video chat. Moto Turbo comes with water-repellent nano-coating.

Moto Turbo will sport one of the biggest battery in the market at 3900mAh with turbo-charging feature that Motorola says, will provide up to eight hours of power in 15 minutes of charging and 48 hours of mixed usage.