Snapchat now ranks your friends with an Emoji for every relationship; adds new low-light camera mode to App 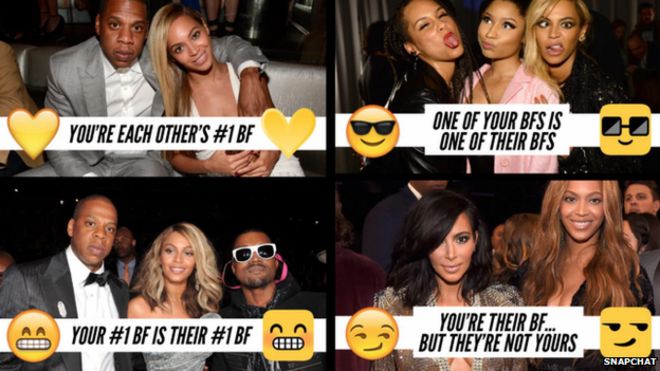 The Snapchat update is bound to some smiles to the users face because of the new system of ranking friends with emoji’s. Snapchats new feature explains your “Best Friends” with a emoji.

After updating to the latest version, tap on the ghost at the top of the camera mode screen and select “My Friends” to see the new Best Friends feature in action.  Once you tap on the My Friends list there will be an emoji next to your friends name based on your Snapchat relationship.

Snapchat said that it ranks the friendship based on Snapchat history and explained the emoji’s as below :

The new emoji ranked friends was best explained by these images of Beyonce released during the official press release : 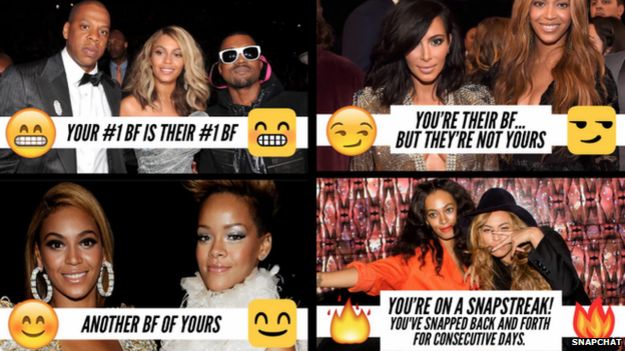 The update has also added a new feature called “Needs Love” section below the “Recents” list. The Needs Love section lists your friends whom you have not snapped recently but you used to.  Perhaps a gentle reminder from Snapchat that these friends are also on your Snapchat list.

The update also introduced a much-needed low-light camera mode. Click the half-moon in the left corner of the camera screen, and you can lighten the photo before sending it off to your snap friend.