Head teachers of U.K. schools to report parents to police and social care if their children play Grand Theft Auto, Dogs of War and Call of Duty

Rising violence in video games like Grand Theft Auto, Dogs of War and Call of Duty have made a group of school principals in the U.K. to take it upon themselves to act against the children who play such games. The gory content put up by these games have made the teachers threaten parents to call the police if their children or wards have access to such R rated video games.

A letter sent from Nantwich Education Partnership, an organization of primary and secondary schools in Cheshire, England, says that if parents allow their children “inappropriate access to any game or associated product that is rated 18+,” the school system will contact Police and Children’s Social Care. 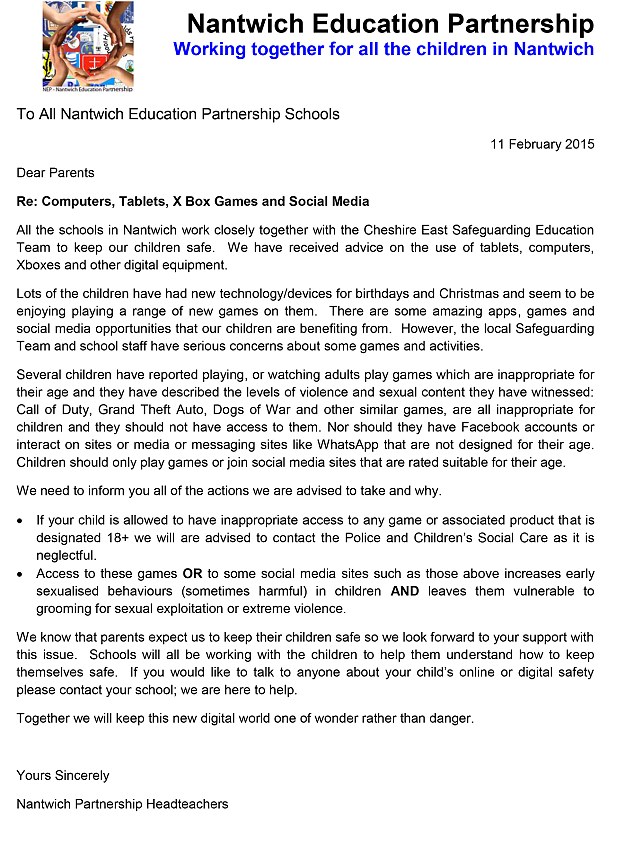 Though the letter names games like Call of Duty, GTA and Dogs of War, it is found that minors often have access to most gory and vile video titles available. The school hopes to stop this free access to children by making parents bit more attentive to what their children play on their tablets, X-box, PSN or PC.

The Guardian reports that the school principal that drafted the letter, Mary Hennessy Jones, says the initiative is about keeping children safe, and giving guidelines to parents. Many online users have approved the schools tactics to pressurise parents to vigilant about their children but critics argue that coercing parents is not helpful.

“Lots of adults think coercion is the key, and we absolutely don’t agree with that,” Elaine Halligan, director of Parent Practice in London, told the Guardian. “We think it’s all about communication, connection and trust. What this warning does is break down trust, not only between parent and child, but also parent and teacher.”