After an interval of two years, CERN’s Large Hadron Collider is all set to explore new mysterious of particle physics and it has already smashed the previous energy records.

LHC, the world’s largest particle accelerator ended its first run in early 2013 and then LHC could achieve a speed of upto 8 TeV. Then, the CERN scientists had discovered Higgs boson particle which is an elementary particle responsible for giving mass to other particles and this had baffled the scientists for almost 50 long years.

After an interval of about two years finally the LHC was restarted in April 2015, now LHC has smashed its earlier energy records of 8 TeV with the current 13 TeV.

LHC seems to be ready to explore newer dimensions in particle physics and dark matter with its renewed ability to tap into higher energies.

Hopefully scientists would finally get new data that can challenge the predictions of Standard Model.

On Wednesday: In the LHC beam tunnels, two opposing beams of  protons traveled at a speed that was almost similar to the speed of light and when these protons flying in opposite directions collided together they released enormous energy which was utilized to create new particles. The protons were made to travel through the 16.7 miles (27 km) of circular underground LHC tunnels placed on the Swiss-French border.

For a long time, scientists are trying to study the decay of the sub atomic particles. Earlier this month scientists had detected an extremely rare particle decay based on the previous experiments of LHC. The upgradation of LHC and its restart has revoked new hope of detecting the ‘Dark matter’ which scientists have been trying to find out for a long time.

When physicists take the visible matter into consideration, it fails to explain the logic of gravitational forces. Scientists feel that there must be some invisible matter which does not interact with light, hence it cannot be seen, however this dark matter surely plays some vital role in the universe. Further, scientists also feel that more than 80% of universe comprises of this ‘Dark matter’ which binds the galaxies together. 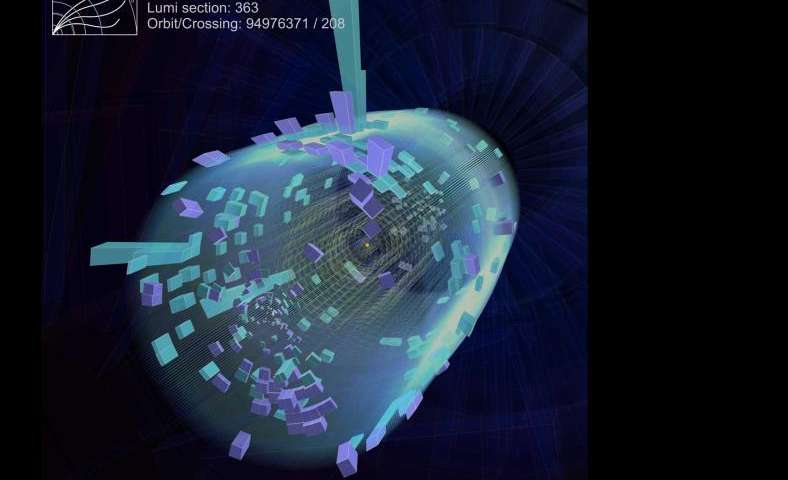 Professor Jonathan Butterworth, from University College London, a member of the team that works on the LHC’s Atlas detector said: “Possibly the biggest question we’d like an answer to is, what is the dark matter which makes up most of the mass of the universe? Maybe we can actually make some at these new energies.”

He continued: “Going to higher energy with the LHC is effectively turning up the power on the world’s biggest microscope – and we are eager to see what that might reveal.”

With his E = mc2; Albert Einstein had shown that energy and mass are interchangeable. 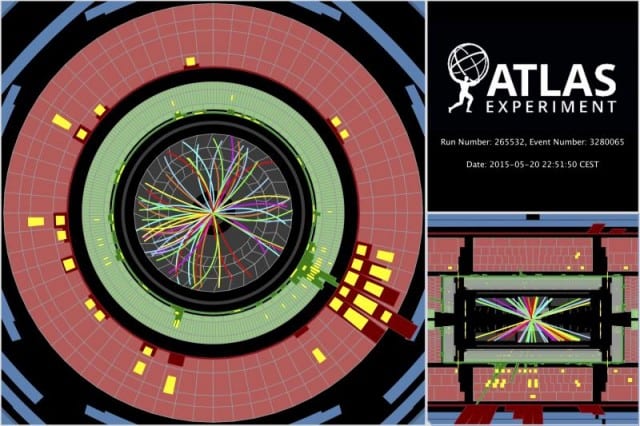 Scientists feel that with an increase in the energy levels in LHC the chances of energy being converted into the undetected heavier particles has increased and this may unfold the mystery of ‘dark matter’ which has baffled them for a very long time.

During an earlier briefing session; Professor David Charlton, Atlas team leader at the CERN and from the University of Birmingham had mentioned that:  ‘We’re heading for unexplored territory. It’s going to be a new era for science.’

With this new energy records, the scientists at CERN are hoping to get an answer for the dark matter and simultaneously are eager to create different strains of the Higgs boson particles. Further, they hope to investigate the anti matter and probably test the theory of ‘super symmetry’. 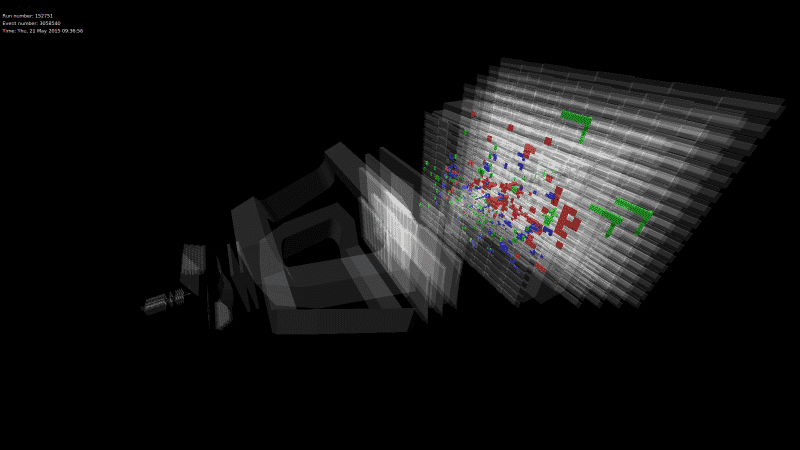 Scientists feel that every known particle has some massive hidden partner and this is the theory of super symmetry.

The ‘Standard Model’ has been a major backbone of Particle physics since 1970s. However, with the theory of super symmetry scientists are seeking to fill the probable gaps in the Standard Model thus solving the mystery of dark matter and forces that exist in the universe.

Probably by early June these collisions are expected to become a “routine” and scientists are waiting to explore the newer ares of physics which will lead them to exciting new theories.

Jon Butterworth has explained LHC in simple terms by stating: “It makes sense to think of the LHC as the world’s most powerful microscope, studying the structure of nature at the smallest distances we’ve ever seen. Turning up the energy is the equivalent of turning up the power on that microscope – and we are eager to see what that might reveal!”